Only 22 countries recognize the 1915 massacres as a genocide, including Canada, France and Germany, but not the US. 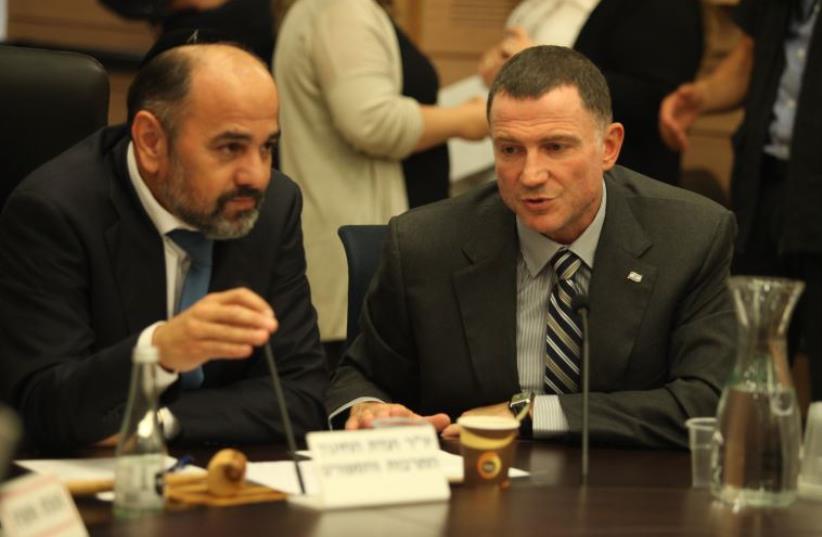 Knesset Speaker Yuli Edelstein and Knesset Education, Culture and Sport Committee chairman Ya'acov Margi (Shas) at a meeting on recognizing the Armenian genocide
(photo credit: KNESSET SPOKESMAN'S OFFICE)
Advertisement
The Knesset must do the moral thing and recognize the Armenian genocide, Knesset Speaker Yuli Edelstein said at a Knesset Education, Culture and Sport Committee meeting Wednesday."I visited one of the Armenian memorial sites and it is very hard to ignore what I saw there," Edelstein recounted. "I expect that I and the Knesset behave appropriately so that we can make decisions according to the moral standards of a democratic state." The Knesset Speaker explained that many governments do not recognize the atrocity, while their parliaments clearly do."I will try to promote the issue and I hope that MKs will know the right way to vote in the moment of truth," he stated.Only 22 countries recognize the 1915 massacres as a genocide, including Canada, France and Germany, but not the US.The Knesset sent a delegation to the Armenian government's 100th anniversary ceremony in April, but Israel does not formally recognize the Armenian Genocide, in hopes that it can repair ties with Turkey, which perpetrated it. In addition, Azerbaijan – which has good ties with Israel – has fraught relations with Armenia.Education, Culture and Sport Committee chairman Ya'acov Margi (Shas) said "we are aware of the diplomatic sensitivities, but we overcame them and the time has come for the government to do so, too."Margi called for the government to recognize the genocide and for the Knesset plenum to make a historic decision in keeping with Jewish values."Ignoring [the Armenian genocide] will bring the next genocide," MK Zehava Gal-On (Meretz), who initiated the meeting along with MK Nachman Shai (Zionist Union), said.Shai, who attended the memorial ceremony in Armenia, said: "We want to be in the international arena with countries that respect morals. Israel, the state of the Jewish People, must recognize what happened to the Armenians. Nothing will change in our relations with Turkey or Azerbaijan."Foreign Ministry representative Oded Yosef said that Israel his ties with Armenia and cooperates with the country in many projects, but the international debate as to whether there was a genocide or not is a political one about semantics.Gal-On responded: "It would bring honor to Israel to recognize the Armenian genocide. It was a tragedy, but the word tragedy is not enough."