The American-born Groner, 44, is expected to assume his new position in the coming weeks, after the Cabinet approves his appointment. 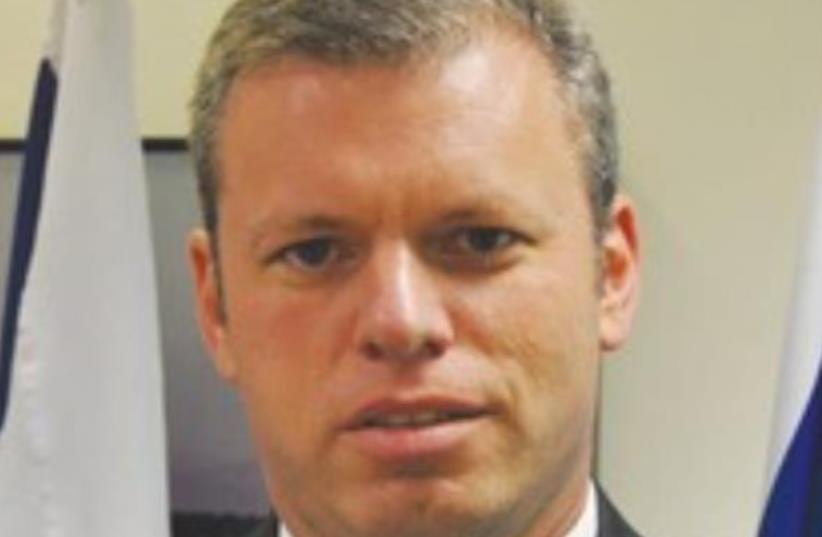 Eli Groner
(photo credit: SHARONA MAZALIAN)
Advertisement
Prime Minister Benjamin Netanyahu named Eli Groner, Israel’s former economic attaché in Washington and a former Jerusalem Post business reporter, as director-general of the Prime Minister’s Office.The American-born Groner, 44, is expected to assume his new position in the coming weeks, after the cabinet approves his appointment.“Groner’s rich experience in the various positions he has held in both the public and private sectors has led me to select him for this significant post in advancing the Israeli economy,” Netanyahu said in announcing the appointment.“Eli will assist me in promoting the many reforms that we are planning, in increasing competition in the economy, in cutting bureaucracy, in making the government more efficient in cooperation with the private sector, and in developing unique growth engines for the Israeli economy.”Groner immigrated with his family when he was 15 from Binghamton, New York. He served in the paratroops, where he was the radioman for Moshe Ya’alon.After his military service, Groner studied political science at Bar-Ilan University and worked in the spokesman’s office of the Jerusalem Municipality.From there he came to the Post for five years, where he first covered Israeli basketball and worked in the In Jerusalem section.He became editor of the local supplement for a short while, before moving to the business desk, where he was a reporter, and then the Internet site, where he was responsible for economic coverage.Groner left the Post to study for an MBA at New York University, and from there worked for six years as a consultant at McKinsey & Company, working with some of the leading firms in Israel, the US and Europe.Before taking up his position in Washington as economic attache, a position he held from 2011 to 2014, Groner worked as senior adviser to Tnuva’s chairwoman, Zahavit Cohen.Groner is an ardent sports enthusiast, both a learned spectator and active participant, and played a number of years in the American Football in Israel League on the same team with Israel’s ambassador to the US, Ron Dermer.Both men are in the AFI Hall of fame.He also spent several years playing for Israel’s national fast-pitch softball team, where he participated in the European Championships, and won a Bronze Medal at the 1993 Maccabiah Games.Groner is married with five children and lives in Gush Etzion.