France shuts down Hamas TV station, only to see it pop up again

Premier thanks Hollande after his government shut down Al Aksa TV broadcasts from satellite provider EUTELSAT. 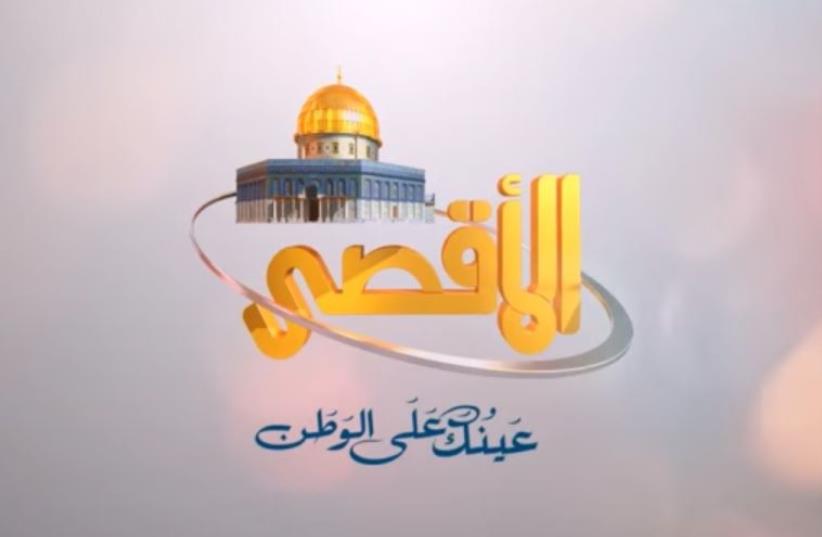 Al Aksa TV logo
(photo credit: Courtesy)
Advertisement
Attempts to shut down Hamas from operating its main television propaganda outlet in France appear to have failed - at least for now.Prime Minister Benjamin Netanyahu expressed his gratitude on Saturday to French President Francois Hollande after the latter’s government shut down a Hamas television station that aired content which constituted anti-Israel and anti-Jewish incitement.The prime minister had earlier urged Hollande to move against the transmission of Al Aksa television, the Hamas-run channel that was being broadcast on the French satellite service EUTELSAT.After Netanyahu’s request, the Israeli embassy in Paris reported that Al Aksa’s transmission had been cut off from service.Hamas, however, appears to have found a way to circumvent the ban. After the channel was removed from the European satellite carrier, the Islamist group managed to connect the frequency to the Egyptian satellite, Nilesat. Al Aksa TV is now operating as per usual.Hamas is designated by the European Union as a terrorist organization, which means it is legal for governments to act in removing its network from television providers. In June 2010, French cable and satellite regulators ordered Al Aksa TV off the air for violating restrictions on airing racist material.In addition to the military aspects of their conflict, the ongoing propaganda war between Israel and Hamas continues to be fought over the airwaves.Suspected Palestinian hackers most likely from the Islamist group briefly overtook an Israeli television broadcast Friday evening. During the airing of a popular television show "Big Brother" on Channel 2, the broadcast was briefly interrupted by a clip showing images of terror attacks and threatening messages in Hebrew."Stay in your homes," begins the ominous text. "The story is not over...there is more to come." At the bottom of the message reads in Arabic: "Al-Quds Intifada."Al-Quds intifada refers to the rash of terrorist violence Israel has experience for some six months, seeing nearly 30 Israelis killed and dozens more injured. Earlier in the day, the Shin Bet (Israel Security Agency) together with the IDF and Israel Police shut down an Islamic Jihad media channel in Ramallah, according to security forces.The move comes one day after the security-diplomatic cabinet approved a decision to close Palestinian media outlets that incite to terrorism against Israelis. The decision was taken following a spate of Palestinian knife and firearm attacks around the country in recent days.The Falastin Al-Yom outlet is a television broadcast station, which also uses social media networks to send out its content.The channel's manager, 34-year-old Faruk Aliat, from Bir Zeit, an Islamic Jihad operative who has been in an Israeli prison in the past, was arrested during the raid.OC Central Command Maj.-Gen. Roni Nume, citing 1945 emergency laws, declared the channel to be an illegal organization, paving the way for its closure.Incitement to terrorism "serves the interest of terror organizations, to widen the circle of terrorists carrying out attacks against targets in Israel and Judea and Samaria," the Shin Bet said. Yaakov Lappin contributed to this report.