The comments came as Germany's foreign minister, Sigmar Gabriel, headed to the region. 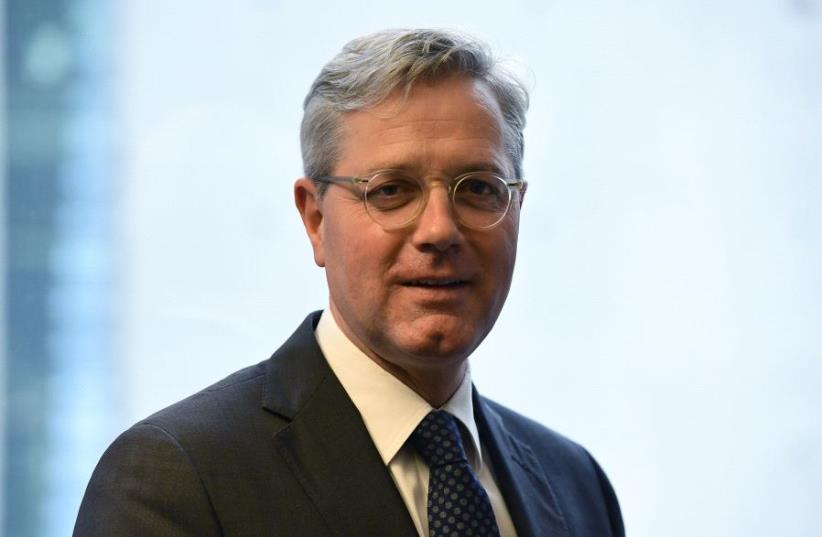 Norbert Roettgen‏
(photo credit: TOBIAS SCHWARZ / AFP)
Advertisement
BERLIN - Lack of progress on the Israeli-Palestinian conflict poses a long-term threat to Israel, a key member of Chancellor Angela Merkel's conservatives said in an interview on Sunday, citing Israel's reliance on the military and police.The comments came as Germany's foreign minister, Sigmar Gabriel, headed to the region.Norbert Roettgen, head of Germany's parliamentary foreign affairs committee, told broadcaster Deutschlandfunk that relations between the two countries remained deep and important, but said there were also "grave differences of opinion.""All those who care deeply about Israel ... are sad, even depressed, about how entrenched everything is, and how much Israel is relying on its military-police superiority and is not developing any perspectives for the situation," he said.Roettgen said Israel was profiting from tensions elsewhere in the region, which had shifted the focus away from the Israeli-Palestinian issue, and in-fighting among Palestinians."That even has security and political advantages for Israel," he said. But the basic situation was growing worse and more negative, he said, adding, "That is a real threat for Israel in the longer term."Gabriel will visit the Yad Vashem Holocaust memorial on Monday and plans to meet with Israeli Prime Minister Benjamin Netanyahu and key Israel and Palestinian government officials later and on Tuesday, his spokesman Martin Schaefer told reporters on Friday."We do not believe that the current situation is sustainable and will therefore tell our partners in Ramallah, Jerusalem and Tel Aviv that we think it's necessary to make another attempt to revive talks and negotiations in the framework of the Middle East process," Schaefer said."We remain interested in seeing the two parties ... make serious efforts to find common ground and a solution based on the two-state solution," he said.The extent of the strains between Germany and Israel was underscored in March when Merkel canceled a summit with Netanyahu that was due to take place in Jerusalem in May.German officials said privately that the main reason was anger over Netanyahu's plans to accelerate settlement building in the West Bank and East Jerusalem, and to legalize thousands of homes built on privately-held Palestinian land.Ceremonies took place across Germany over the weekend to mark Holocaust-related events, including the liberation of the women's concentration center in Ravensbrueck.A new report issued on anti-Semitism worldwide by the European Jewish Congress said many members of Jewish communities in Germany still perceived anti-Semitism as a major threat, despite a drop in such incidents in official statistics.An estimated 250,000 to 500,000 Jews live in Germany, and attitudes toward Jews have improved dramatically since the 1990s. However the new report said growing extreme right-wing and populist movements were fueling open anti-Semitism.