Govt to approve package to improve economic ties with Africa

Prime Minister Benjamin Netanyahu will take the package with him next week on his visit to the continent. 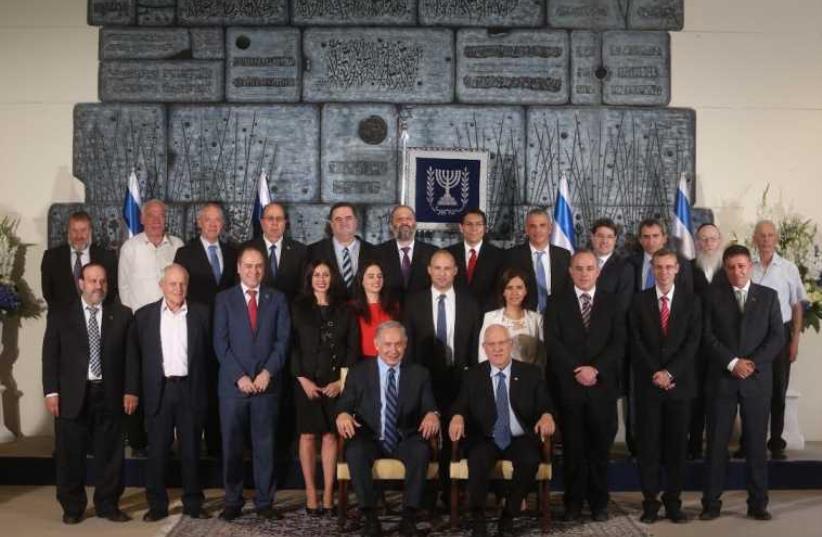 Israel's 34th government
(photo credit: MARC ISRAEL SELLEM/THE JERUSALEM POST)
Advertisement
The cabinet is expected to approve a NIS 50 million plan on Sunday to strengthen economic ties with Africa that Prime Minister Benjamin Netanyahu will take with him next week on his visit to the continent.With Jerusalem looking to significantly upgrade its ties with Africa, this is the first time a government has come up with this type of program for the continent. Netanyahu's visit will be the first trip by a sitting prime minister to Sub-Saharan Africa since 1987.Netanyahu is scheduled to travel on Monday to Uganda, to take part in a ceremony at Entebbe marking 40 years to the Entebbe raid. From there he will travel to Kenya, Rwanda and Ethiopia.Explaining the program, the Prime Minister's Office issued a statement saying, “The African continent constitutes vast potential for Israel in very many areas. Many countries are seeking to open their gates to Israel and we will realize this desire for their benefit and for the benefit of the State of Israel." Netanyahu will be joined by a delegation of some 50 businessmen. Today Africa represents only 2% of Israel's export market, something the high-profile nature of this trip is aiming to rectify.The plan to be approved by the government includes the following elements: * The establishment of designated funds, by Israel, for Africa at the World Bank while utilizing Israel's comparative advantages; * Expanding the network of commercial attaches – Two attache offices will be opened in Africa in the first stage. The possibility of opening additional offices in the future will be considered.* The establishment of four MASHAV centers for excellence in Uganda, Ethiopia, Kenya and Rwanda. The centers will make Israel's technological abilities known to business people and government officials in African countries and assist in increasing Israeli exports to these countries.* . Advancing financial projects by establishing a mechanism to lower costs for Israeli companies doing business in Africa. * Establishing an agency within the Health Ministry as a platform for agreements between the Israeli health system and health systems in other countries, with an emphasis on Africa.* Providing grants by the Chief Scientist to support products that need research and development activity to adapt them (regarding technology, engineering and marketing) for African markets.