The date will have to be decided ahead of the next Labor convention, which is tentatively set for July 10 but could be delayed due to a European soccer game. 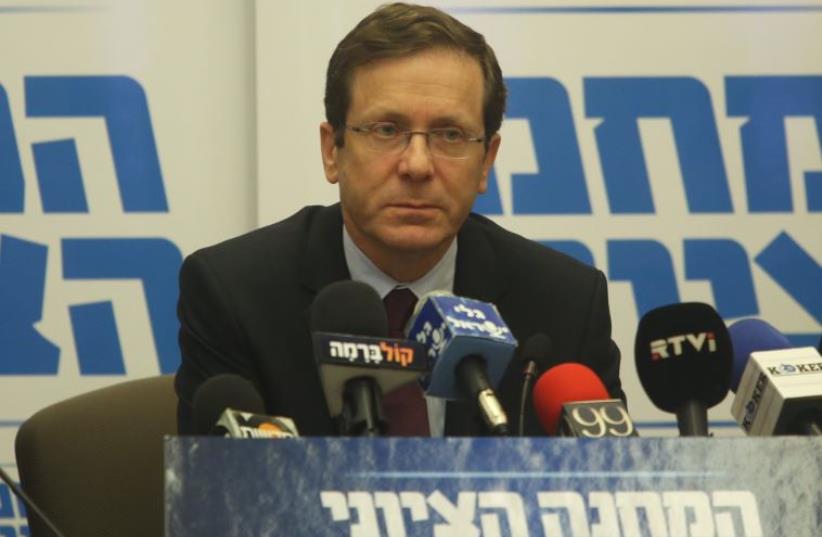 Isaac Herzog
(photo credit: MARC ISRAEL SELLEM/THE JERUSALEM POST)
Advertisement
Labor Secretary-General Hilik Bar did not succeed in his effort to bring about a compromise date for the next party leadership race on which all possible candidates could agree.Current party chairman Isaac Herzog entrusted Bar, who is not part of any camp in the party, to mediate among MKs Shelly Yacimovich, Isaac Herzog, Amir Peretz, and Herzog. He was supposed to reach a compromise by 10 days ago.But as of Sunday, Herzog and Yacimovich remained a full year apart. Yacimovich wants the race to be held at the end of 2016 but Herzog is insisting on it only being held at the end of 2017.Margalit and Peretz called for holding the race in the spring of 2017, which could have been a compromise date. But neither Herzog, nor Yacimovich have been willing to budge.The date will have to be decided ahead of the next Labor convention, which is tentatively set for July 10 but could be delayed due to a European soccer game.“The public is judging us and expects [us] to unite and fight to replace Netanyahu, not fight with each other over when to fight with each other,” Bar said.In an interview with Army Radio Sunday, Herzog called for former prime minister and Labor chairman Ehud Barak to return to the party as part of a bloc of Center-Left parties Herzog hopes to lead ahead of the next election. Barak has been very critical of Netanyahu but he said he was not interested in running for Knesset.Speaking from London, Herzog said the last election in Israel did not reflect the views of the public on the Palestinian state issue and the public should be allowed to decide. But he stopped short of calling for a referendum of Israelis on the issue, which is supported by Peace Now and by Herzog’s number two in the Zionist Union faction, MK Tzipi Livni. His associates said a referendum was one of a number of possible tools for testing Israeli public opinion on two states for two peoples.