Defense Minister Avigdor Liberman bashed the world for failing to join Israel in the struggle to return Israeli hostages held by Hamas to Israeli soil, claiming int'l indifference was 'antisemitic.' 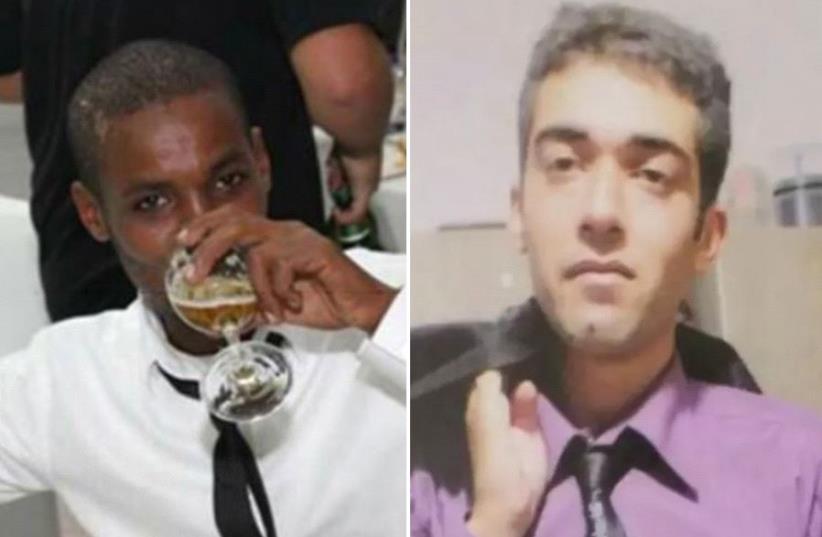 Mengistu and al-Sayed
(photo credit: COURTESY OF THE FAMILY,FACEBOOK)
Advertisement
The world is being antisemitic in ignoring the plight of Israelis held captive by Hamas in Gaza, Defense Minister Avigdor Liberman said Monday.Two Israeli civilians, Avraham “Abera” Mengistu and Hisham al-Sayed, are being held by Hamas in Gaza, along with soldiers Lt. Hadar Goldin and St.-Sgt. Oron Shaul, who are presumed dead.“The fact that there is no demand from the international community for the elementary right of the Red Cross to see them is antisemitism,” Liberman said in response to an inquiry from MK Yossi Yonah (Zionist Union), during a questions hour in the Knesset plenum. “Some people in the world and in this House complain about the occupation and human rights, but when it comes to a terrorist organization like Hamas, we never heard any condemnations.”As for the efforts to bring them back, Liberman said the “best people” in the Defense Ministry work all day on the matter.“We have made every effort. I’m sure in the end we’ll bring everyone back. This isn’t the place to describe all the efforts, but I can say that there is nothing we haven’t done and no ideas we haven’t checked. We’re examining many new directions,” he said.To those calling for a tit-for-tat response, Liberman said: “We’re a civilized state, and they’re a terrorist organization, and we shouldn’t behave like them.... We have to remember to keep our values, without any connection to the other side.”MK Meir Cohen (Yesh Atid) asked Liberman whether the $110 billion weapons deal US President Trump signed with Saudi Arabia threatens Israel's qualitative edge in the region.The defense minister said he knew about and responded to the deal before it was made public.
Brother of missing Israeli Avraham Mengistu calls for government to bring him back from Gaza (July 9, 2015)
“If we want results, we have to bring this up in closed forums and not the pages of newspapers,” the defense minister responded. “Attempts to work this out publicly won’t help us meet our goal of preserving the qualitative edge.”Joint List MK Masud Gnaim asked about a Palestinian teenage girl who stabbed an IDF soldier, was shot, and later died of her wounds.Liberman asked Gnaim why he didn’t condemn the stabbing.As for the IDF’s response, he added: “This wasn’t a theoretical threat. A soldier was wounded. What kind of reaction do you expect?” Responding to a question from MK Abdel-Hakim Haj Yahya (Joint List), Liberman said that it is unfortunate that checkpoints in the West Bank are overcrowded, and that there is room for change. He has already proposed to slash bureaucracy at checkpoints, he said.