For decades, India’s close relations with Israel were kept in low profile and Israel was compared to a mistress not to be brought in public. 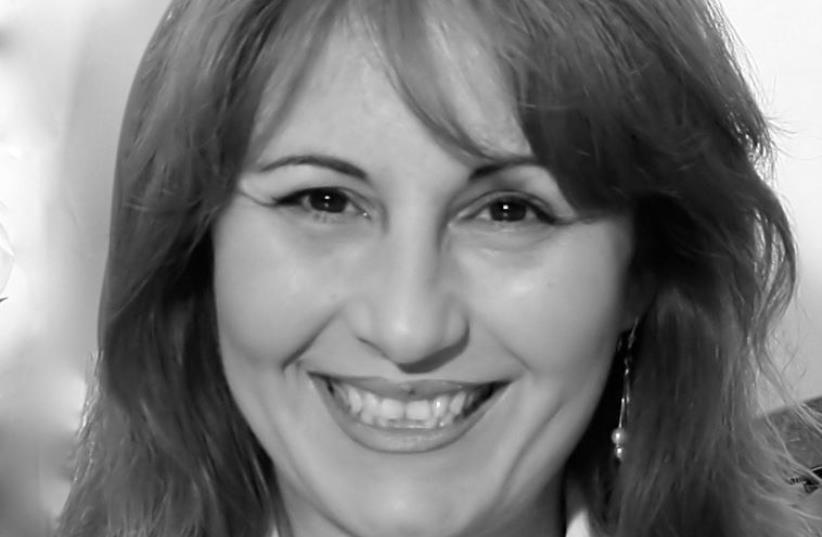 Israe-India relations expert Anat Bernstein-Reich
(photo credit: Courtesy)
Advertisement
Israel and India are having a honeymoon.This week, the Indian Minister of Foreign Affairs, Ms.Sushma Swaraj, will be visiting Israel and the West Bank in a 3 days’ long visit.   For decades, India’s close relations with Israel were kept in low profile and Israel was compared to a mistress not to be brought in public. When the current Prime Minister, Mr. Narendra Modi, got into power on May 2014, he was no more hesitant to upgrade the relations, in a way that so many people believed that his first international visit will be to Israel.If we look back, when Mr. Modi was the Chief Minister of the state of Gujarat, it was Israel that invited him for a visit,  at a time when he was a persona non grata in the USA due to bloody riots that took the lives of  over thousand Muslims, an incident in which USA blamed Mr. Modi to be responsible.  Many of the Israeli business people that operate in India are proud to present a picture with Mr. Modi  during his tenure as the Chief Minister. At that time, he welcomed business with Israeli companies such as Elbit Imaging and Netafim, that set its first base in India in Modi’s state.  Apparently, Modi’s visit is still awaited and in the meanwhile he sends his special envoys to Israel. In October came the Indian president Mr. Pranab Mukherjee. The visit of President Mukherjee was crowned as a success, he received an honorary doctorate from the Hebrew University, spent a lovely evening with Mr. Reuben Rivlin, and was welcomed warmly by the Knesset.  One unfortunate mis-pronounciation of the word “Hommus” will not be forgotten. While his speech to the Knesset, he wanted to say that “We Indians like to eat Hommus”. Unfortunately he said, “We Indians love Hammas”. The MKs lifted their heads when they heard it, and laughed when they understood that it is was a mistake. For Ms. Sushma Swaraj, the Minister of Foreign Affairs, this is not the first time in Israel. Few years back she came as an opposition member of Parliament, wearing the hat of the President of the parliamentary Israel-India Friendship Association. Ms. Swaraj is considered as one of the leaders of the ruling party, the BJP, and a candidate to be the Prime Minister of India one day. The press in India criticizes Mr. Modi for not traveling to Israel yet, after almost covering all the major capitals in the world, and accuses him that he is trying to be nice to the large Muslim population in India that accounts for 14% . The point is that the Muslim population in India is not anti-Israel, but for few small pockets. Few years back, the former Ambassador of Israel to India, Mr. Alon Ushpiz made a nice gesture and invited the leaders of the Indian Muslim community for the Iftar dinner that concludes the Ramadan.  And until his visit, Mr. Modi doesn’t stop tweeting.  He sent us a Happy New Year and happy Hannuka twits, and greeted Mr. Netanyahu after the recent election. Instead of visiting our Silicon Wadi, he visited the Silicon Valley and was hosted by Mark Zuckerberg and his parents. Modi's US visits were triumph trips.  At the first one, he participated in an assembly of Indians living in New York, in a the Madison Square Garden, that for a day changed its name to “Modison Squae Garden” and in his second trip, he met with Fortune 500 companies, and with CEOs of Indian origin that manages few of the largest US companies, such as PepsiCo, Microsoft, Google, Adobe and many more. There is no doubt that India’s appeal in the world grew after Modi’s elections and India gradually takes a center stage in the world’s economy and politics.  Last July, a member of the Indian parliament opposition, Mr. Shashi Tharoor, spoke at the prestigious Oxford University Club. Mr. Tharoor used this stage to call on Britain to recognize the injustices done to India and the economic and cultural damages caused due to the two hundred years of British ruling, named the British Raj. This extraordinary speech was applauded on both sides of the Indian Parliament, and Mr. Modi said that it represents the sentiment of all Indians. Tharoor said that he does not expect high reparation payments, but he asked Britain to recognize its wrong doing and to ask for India’s forgiveness. That was a preface to Modi’s visit to the UK last November, in which there was a public discussion led by an Indian origin member of the British Parliament  whether Britain should give back to India the Kohinoor Diamond, that was taken from India over 160 years back and was placed in the late Queen mother’s Crown.  Mr. Modi brought to India hope. The economic growth is not yet as expected, but the new national schemes, are showing a promise. An Indian journalist commented recently about Modi’s regime that you can hear the plates clatter but food was not served yet.  And although the economic growth is not yet  as anticipated, India is still expected to become the third largest economy in  a decade or so, which gives India confidence not just to demand from Britain an apology for the past  injustices, but also expects  the world to treat it as an economic power.  Mr. Netanyahu have marked India as a strategic partner, and asked his ministers to look east, towards India and China. The problem is that but for the defense companies, and few others, the Israeli business community have not yet realized, that India is not an anecdote, but a market not to be ignored anymore, that in year 2030 will be third largest economy after the US and China.