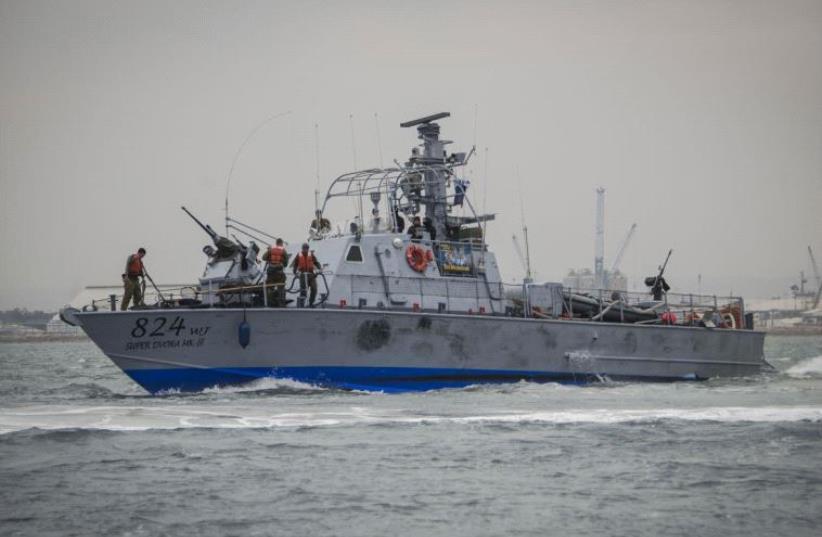 Dvora patrol craft
(photo credit: COURTESY IDF SPOKESMAN'S OFFICE)
Advertisement
The Israel Navy has debuted its Super Dvora Mark III-class fast patrol craft, docked in the Haifa naval base, at a ceremony led by base commander V.-Adm.David Salame and the head of the 914 unit, Cmdr. Ronen Mirkam.“The Dvora is an advanced operational ship with all the necessary operational capabilities. May you continue to guard the northern marine border of the State of Israel; we wish you success,” Salame told the crowd over the weekend.Capt. Dolev Ayalon, 23, from Pardesiya, was given command of the Dvora after serving in number of operational capacities in the navy and receiving a certificate of excellence from the Navy’s commander- in-chief last Independence Day.The first of three vessels – two set to be based in Haifa, and one in Ashdod – the new craft comes as part of the overall upgrading of the fleet. Purchased from Israel Aerospace Industries-Ramta division, the Dvora underwent intensive trials at the navy’s bases in Haifa and Ashdod.According to a statement by the IDF, the Dvora “will join the operational battle formation in Haifa and will constitute an important pillar in the ongoing operations of the 914 Maritime Squadron in the defense of the northern nautical border and in maintaining the current security status quo.”The new fourth-generation vessel, developed jointly by IAI and the navy, is “deepsea capable but specifically designed, from the keel up, for the full array of littoral, antiterrorism, law enforcement and coastal security missions. The latest generation Super Dvora Mark I, II and III are mission agile, providing flexibility in command decisions,” according to a statement by IAI.With an aluminum hull designed with a robust and modular approach and whose specifications allow for stability at all speeds, the Super Dvora Mark III is also able to be modified as needed. The vessel is mounted with a Rafael Typhoon stabilized 25-mm. cannon attached to state-of-theart electro-optics payloads. The merging of the two has enhanced the vessel’s operational capability, allowing operators to take out targets at a distance of 1,500 meters even in rough weather.The Dvora Mark III can also be armed with long-range missile launching systems and short-range missiles such as the Hellfire, extending the ship’s operational capability to 6-8 kilometers.It is also used to protect Israel’s exclusive economic zone, and with the ability to operate in extremely shallow water, the vessel is able to beach itself for both military missions or humanitarian or search and rescue missions.