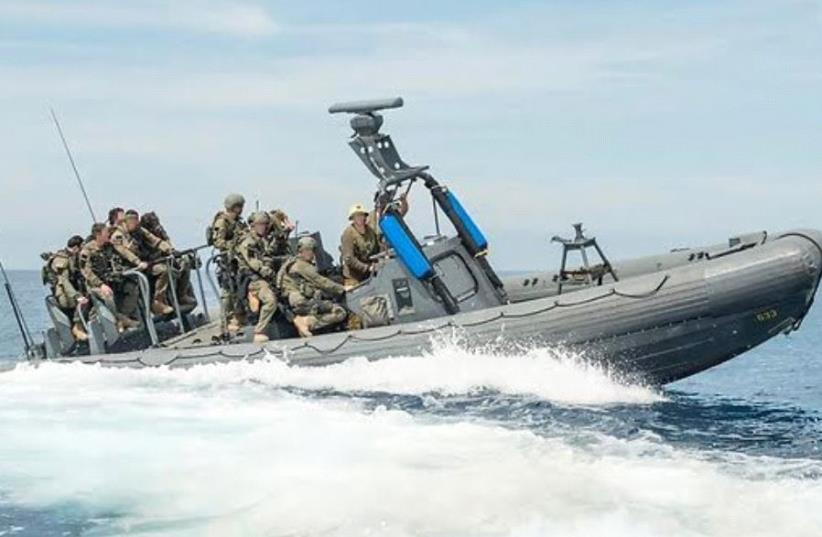 Elite soldiers from the IDF’s Shayetet 13 special operations unit joined forces with US Navy SEALS
(photo credit: IDF SPOKESMAN’S UNIT)
Advertisement
The Israel Navy has signed an agreement with the United States Naval Academy for a semester exchange program, the first time such an agreement has been reached.According to a senior navy officer, several cadets in the IDF’s prestigious Naval Officers Course will go to the United States at the beginning of next year, and several American cadets will arrive in Israel to spend several months of training and study alongside Israeli soldiers in the Naval Officers Course at the University of Haifa and to participate in cultural and language immersion programs.“We are doing this program to share information and knowledge,” the senior officer told The Jerusalem Post at the Haifa Naval Base. “We usually do these types of programs with higher-ranking officers, but we have decided to have lower-ranking officers participate.“It’s easier to break barriers, including language barriers, because of our profession. There are no borders in the sea,” he added.At almost two-and-a-half years long, the Naval Officers Course is one of the most intensive programs in the IDF. At the end of the course, each graduate receives the rank of lieutenant junior grade, at which officers are responsible for commanding naval vessels, as well as a bachelor’s degree in political science from the University of Haifa. Graduates are committed to 61 months of additional military service.The program in the United States Naval Academy, in Annapolis, Maryland, is four-years long, and graduates of the course receive bachelor of science degrees and commissions as ensigns in the navy or second lieutenants in the Marine Corps. Naval Academy graduates are committed to at least five years in the Navy or Marine Corps.The US Naval Academy has agreements with several other countries, including Canada, Chile, Colombia, France, Germany, Japan, Portugal, Singapore and Spain. According to the Capital Gazette website, USNA is in talks to formalize additional agreements with Australia and Italy in the near future.“Israel is like an island in the Middle East, and that is why our navy is so important,” the senior IDF officer said, adding that the two allies have been working on the agreement for the past four years.The two navies are close partners, and at the end of April the US State Department approved Israel’s request to buy 13 76-mm. naval guns and other spare parts to be installed on the Israel Navy’s Sa’ar-4.5 and Sa’ar-6 warships, which will guard Israel’s gas fields.According to a statement by the US Defense Security Cooperation Agency, the deal “will improve Israel’s capability to meet current and future threats in the defense of its borders and territorial waters,” adding that one of the 13 guns will be kept at a naval training center to train maintenance personnel.At a cost of $440 million, the deal also includes preventive maintenance, test equipment, holding and transportation fixtures, and technical manuals. The arrangement will also see the US government and the contractor, Leonardo subsidiary DRS North America, provide engineering, technical and logistics support services as well as site surveys of vessels and maintenance facilities.“The United States is committed to the security of Israel, and it is vital to US national interests to assist Israel to develop and maintain a strong and ready self-defense capability,” said the press release.“This proposed sale will contribute to the foreign policy and national security of the United States by helping to improve the security of a strategic regional partner that has been, and continues to be, an important force for political stability and economic progress in the Middle East,” it added.