The justice minister removed the bill from the Knesset's agenda, calling it 'damaging.' 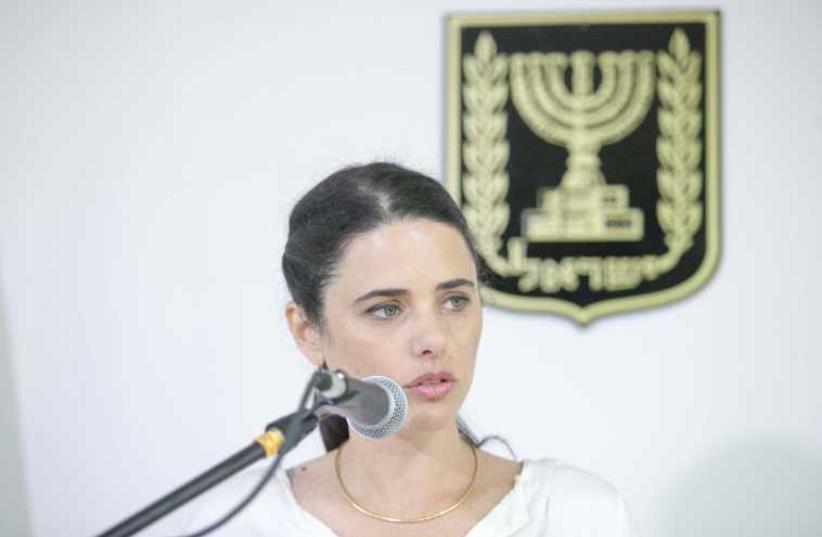 Ayelet Shaked
(photo credit: NOAM MOSKOVICH)
Advertisement
Justice Minister Ayelet Shaked on Tuesday removed legislation from the Knesset’s agenda that would allow a parliamentary commission of inquiry to subpoena private banking information, calling it damaging.The bill, proposed by Knesset House Committee Yoav Kisch (Likud), is “irresponsible and harmful to the Israeli economy, which is why the Bank of Israel governor, all the regulators, the prime minister himself and the rest of coalition factions in the House Committee oppose it,” Shaked said.Kisch sought to give subpoena power to a commission of inquiry led by Knesset Economics Committee chairman Eitan Cabel (Zionist Union) on how banks give credit to their wealthiest customers, after businessman Eliezer Fishman defaulted on billions of shekels of credit and, on June 21, was declared bankrupt.All of the major financial regulators spoke out against the proposal, saying it would endanger the market by exposing confidential information from the Securities Authority, discourage companies from going public, and hit Israelis’ pensions.Justice Ministry Legislation Department Manager Ami Berkovich told the House Committee that “parliamentary commissions of inquiry are inherently political, and the authority proposed would turn it into a semi-judicial body. This is a very problematic proposal from a constitutional perspective.”Kisch said it will be Shaked’s fault if the inquiry does not bring results.“The justice minister opposes the initiative, and she will have to explain it. I hope that the discussions that took place here will help the committee reach its goal. The responsibility for the commission of inquiry’s success is in the minister’s hands,” he said.According to Kisch, Shaked is “laying obstacles and decided to leave the parliamentary commission of inquiry without the ability to do anything... I’m not going to hold fake discussions and turn the Knesset into a circus of marionettes controlled by major corporations and regulators.”In response, Shaked said Kisch should “focus on what’s important and not on making populist headlines.”