Knesset kicks off celebrations for the iconic building's 50th birthday

Starting August 30, special tours, competitions and even a conference will center around Israel's seat of government. 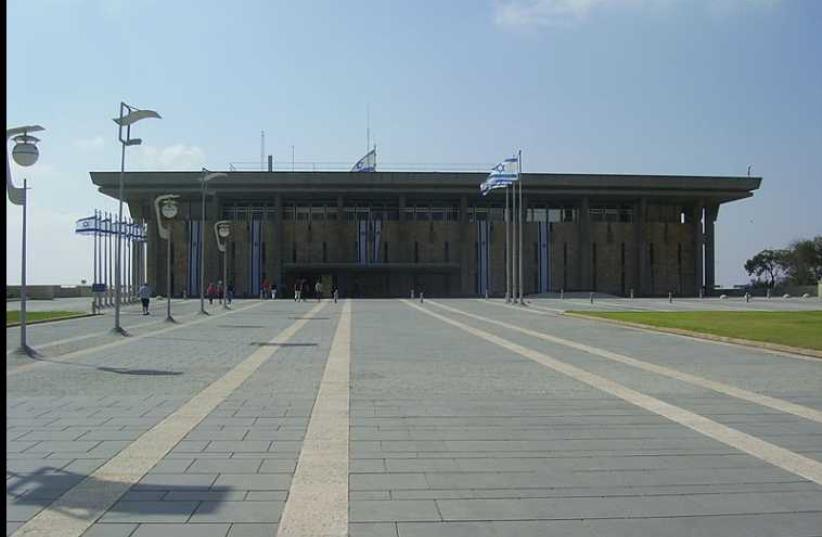 Israeli Knesset
(photo credit: Wikimedia Commons)
Advertisement
The 50th year since the Knesset building was constructed begins on August 30, and the Knesset has a long series of events planned to mark the event, which guests from around the world are expected to attend.“The 50 years that passed in the current Knesset building include exciting, surprising and sometimes painful historic moments that belong to all Israelis,” Knesset Speaker Yuli Edelstein said on Tuesday. “More than ever, the values of democracy that the Knesset represents are significant to Israeli society.”Edelstein added that democracy will be the theme of the celebrations and said he is certain the events will bring positive attention to the legislature and its importance to the public.

The Knesset’s building was dedicated on August 30, 1966, at a ceremony with 6,000 attendees, including the heads of 44 parliaments and emissaries from 47 Diaspora communities.This year, after the fall holidays, the Knesset will dedicate a special tour for visitors emphasizing great moments in the House’s 50 years and a “Now and Then” exhibit of what the Knesset looked like in 1966 and today. Free tours can be coordinated via the Knesset visitors center.In addition, the Knesset will launch a 3D virtual tour of the plenum, plaza and Chagall Hall, using Google Cardboard, a virtual reality application that pairs a phone and cardboard goggles.In September, a 12-episode show called Honorable Knesset will premiere on the Educational Channel and the Knesset Channel, in which puppets and comedian Dov Navon will teach about the parliament.The Knesset will also launch an interactive website with games for children, who can virtually pass a bill.The annual Eilat Journalism Conference in November will be dedicated to press in the Knesset and Edelstein will be the keynote speaker.In December, all ambassadors posted in Israel will be invited to a conference in the Knesset., including a meeting with Edelstein and an exhibit on the legislature’s history..On Tu Bishvat, the anniversary of the inaugural meeting of the First Knesset, which falls on January 25, the Knesset will hold its regular open house.At that time The Jerusalem Post will publish a special magazine about the Knesset’s 50th anniversary and Army Radio will have a week of broadcasts dedicated to Israeli democracy.In March, the Knesset will allow photographers to take photos in areas in and out of the building they often cannot access and have a competition, in which selected images will be displayed in the legislature.In addition, a commemorative postage stamp will be available for purchase during the year.
Advertisement
Subscribe for our daily newsletter