Michael Oren advises Netanyahu not to sign US aid deal

Oren has taken a risk by promoting a point of view opposed by his party leader, Moshe Kahlon. 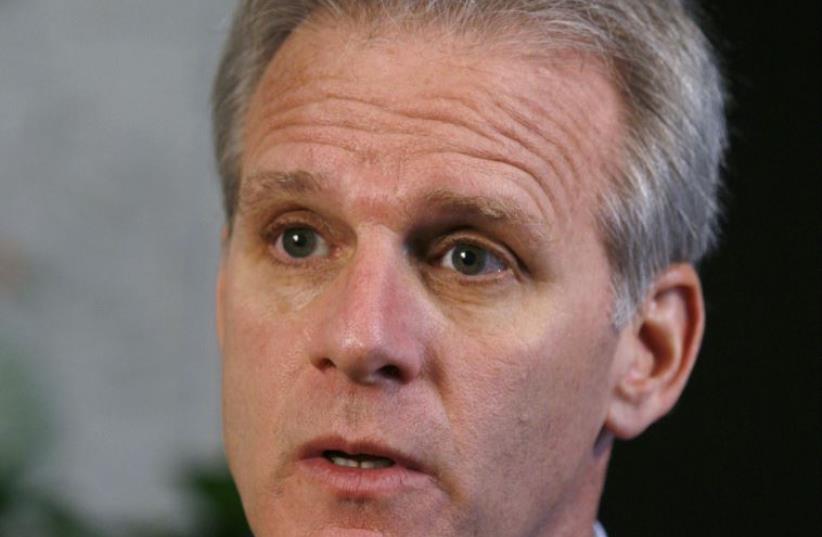 Kulanu MK Michael Oren
(photo credit: REUTERS)
Advertisement
Prime Minister Benjamin Netanyahu should hold off on signing a new defense pact with the United States, Kulanu MK Michael Oren said on Tuesday, in advice that reached the prime minister and other Israeli leaders.Oren has taken a risk by promoting a point of view opposed by his party leader, Moshe Kahlon. When Kahlon urged Netanyahu to sign a deal as soon as possible at Monday’s Kulanu faction meeting with cameras rolling and Oren by his side, the former ambassador raised eyebrows by leaving the room.It was not the first time Kahlon has undermined Oren on diplomatic issues, even though Oren was supposed to be in charge of deciding the party’s diplomatic platform.Kahlon also distanced himself from Oren’s criticism of US President Barack Obama in his 2015 memoir, Ally.“Israel requires addition funding and capabilities to handle the challenges it is facing in the Middle East,” Oren said in closed conversations.“A number of specific challenges and circumstances should caution Netanyahu to go slow.”A new Memorandum of Understanding worth billions is “very close” to completion, senior Israeli officials in Washington have said. The officials said Israel hopes to wrap up negotiations as quickly as possible – and brushed off reports that Netanyahu and his aides are waiting until after the US presidential elections to close the deal.Oren has said the first reason not to hurry to sign a deal is that the US administration wants Israel to pledge that it will not seek additional funding from Congress, as it has in the past for missile defense.Oren said such a pledge would undermine Israel’s relationship with Congress, which is an equal branch of government and could cause problems if circumstances in the Middle East change at any point in the next decade.The second problem with the deal, according to Oren, is that the Obama administration wants all military aid spent in the US, unlike the past when 25 percent could be spent in Israel. He warned that removing a billion dollars from Israel’s defense industry would lead to the loss of thousands of jobs.The third problem is that with an election upcoming, Republicans can accuse Israel of interfering if a deal is signed now with a Democratic administration. Oren has also warned that signing a deal now could lose Israeli leverage ahead of a possible peace initiative that could be advanced by the US administration, part of which Israel could oppose.Israeli officials have said they are not conflating talks over the new Memorandum of Understanding with their concerns that the Obama administration may support international initiatives on Middle East peace.