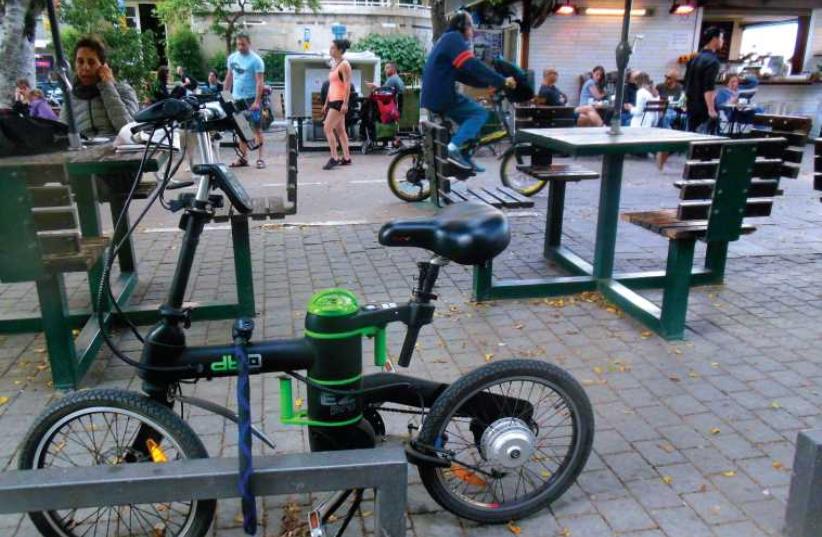 Electric bike in Tel-Aviv
(photo credit: ARIEL COHEN)
Advertisement
Traffic police will be able to give tickets to violators on electric bicycles and scooters, according to a bill approved by the Ministerial Committee for Legislation Sunday.Traffic violations will carry an NIS 300 fine and include holding a phone or sending or reading an SMS while riding, using an electric bicycle or scooter while under age 14, having a passenger under the age of 14, and riding on a sidewalk that does not have a bike lane. Stores selling the electric bicycles and scooters will be required to give buyers a document with the laws listed on it.The proposal by MK Merav Ben-Ari (Kulanu) is expected to undergo an accelerated legislative process, in light of the many teenagers riding electric bicycles during their summer vacation.Ben-Ari expressed hope that she will be able to pass more laws limiting the use of electric bicycles and preventing future accidents, including licensing, insurance and drivers' education.