Ministers told last-minute not to come to Africa with Netanyahu

The ministers received the surprising news hours before they were set to fly to Liberia. 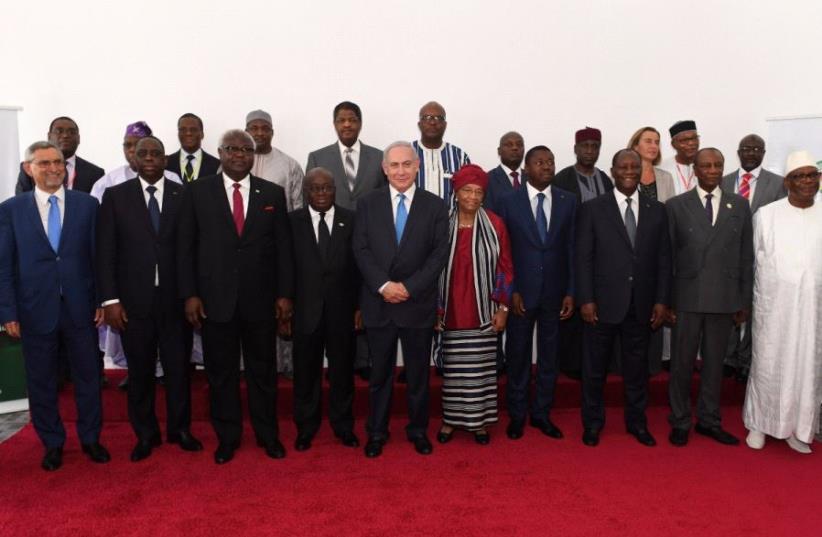 Prime Minister Benjamin Netanyahu with African leaders in Liberia pm June 4, 2017
(photo credit: KOBI GIDEON/GPO)
Advertisement
National Infrastructure, Energy and Water Resources Minister Yuval Steinitz, Agriculture and Rural Development Minister Uri Ariel and Deputy Foreign Minister Tzipi Hotovely prepared to accompany Prime Minister Benjamin Netanyahu to Liberia.Their participation was publicized by the Prime Minister’s Office, and the politicians and their top aides each received the immunizations necessary to enter the country. They prepared to meet their African counterparts and sign bilateral agreements.But on Thursday night, the offices of Steinitz, Ariel and Hotovely received the surprising news that Netanyahu had decided to leave them at home.The reason they were given was that the visit was only six hours and some of their side meetings had been canceled.But the politicians knew in advance that the trip would be short, and critics of Netanyahu claim he did not want to share the stage with other politicians.Steinitz and Ariel said Sunday they had asked Netanyahu’s office whether it was necessary for them to go on the trip, which would have required them to fly nine hours each way and endure a sleepless night. Steinitz said he was glad he could stay home and get more work done.Likud MK Avraham Neguise, who was born in Ethiopia, did travel with Netanyahu as planned.