The threats from Palestinians began after Dichter made controversial comments about terrorism on Facebook and on the radio last week. 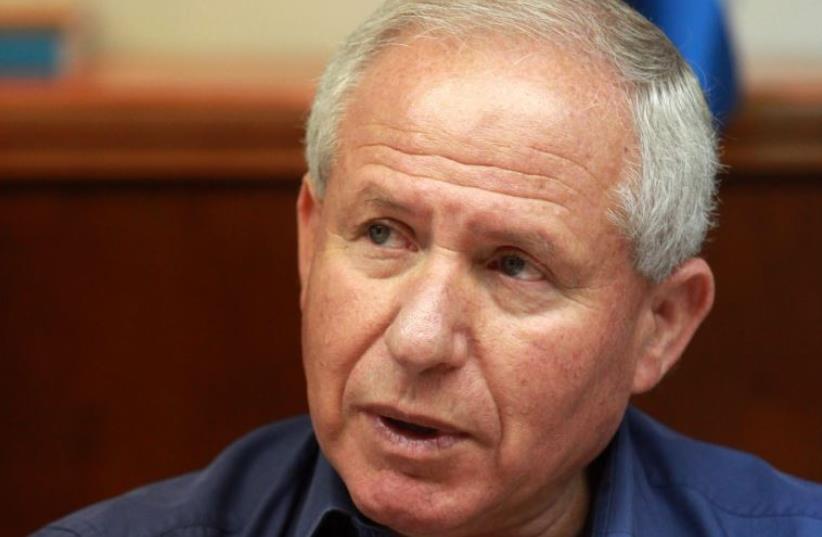 Avi Dichter
(photo credit: MARC ISRAEL SELLEM/THE JERUSALEM POST)
Advertisement
Knesset security provided MK Avi Dichter (Likud), a former Shin Bet chief, with a bodyguard on Sunday evening, after he received what police considered to be credible death threats.The threats from Palestinians began after Dichter made controversial comments about terrorism on Facebook and the radio last week.“If a tourist landed in Israel at the beginning of last week, he would be convinced that the terrorist under administrative detention, Muhammad Allan, is a role model the State of Israel decided to harm,” he wrote on Facebook.Dichter pointed out that Allan, whose administrative detention was canceled following a prolonged hunger strike, is a member of Islamic Jihad who recruited suicide bombers “to kill as many Jews as possible” and after three years in jail returned to terrorist activities, leading to his arrest and nine month detention.“It’s reasonable to think that if Allan could have been interrogated… he would have been put on trial again and put in jail,” he wrote. “From my experience in the Shin Bet, I know the operational difficulties that prevent investigation, like the danger of exposing critical intelligence, but we had to take him out of the field in case he plans another suicide bombing.Administrative detentions have judicial supervision and are executed by district judges for over half a year and a Supreme Court Justice for over a year.”Allan’s hunger strike was meant to protest the process of preventing terrorist attacks, Dichter wrote, adding that in Israel it is more difficult to extend administrative detentions than in the UK and US, and that those who encouraged him to continue until he died are the same people who give out candies when Israelis are killed in terrorist attacks.“The attempt to present Allan as someone detained for no reason, because in the five years since he was released from prison he supposedly became a good boy, are ignoring judicial rulings and the intelligence… Allan was a terrorist and remains one and for that and only that, he was arrested,” the Likud MK concluded.Last Sunday, Dichter said in response to terrorist attacks on Route 443 that Palestinians and Israelis should not be allowed to drive on the same roads.
Lone wolf attacks or a new intifada?
“Joint roads give opportunities to bad people to attack,” he told Israel Radio. “This is not just an operational matter, it’s a diplomatic one. In the end, we need to lead to separation [from the Palestinians].“You want to go from there to us? Go through a checkpoint, get checked, and we’ll know for sure that you’re not carrying a weapon… The policy of dual roads, as if this is one country that you can drive through with your car from Nablus into Israel, is a very problematic