Arab Israelis monitoring implementation of budget deal that grants them around 10-15 billion shekels. 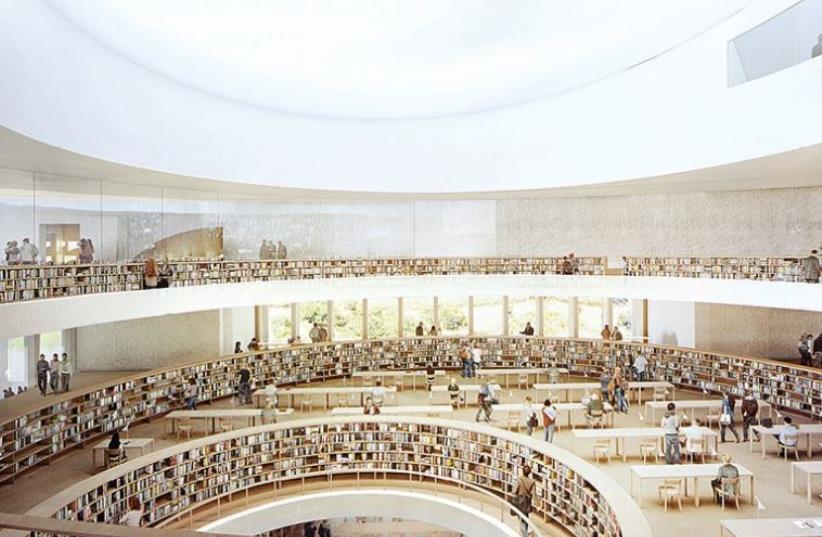 The National Library’s new complex will face the Knesset
(photo credit: HERZOG AND DE MEURON ARCHITECTS)
Advertisement
The multi-billion shekel budget deal reached with the government for the Arab sector is a step in the right direction, a senior official in Sakhnin told The Jerusalem Post.“The test is in the implementation,” said Kasim Abu Raya, the city manager of the northern municipality, said. “It is a good plan and a step in the right direction and so I am more positive because I hear voices from government officials and ministers and President Reuven Rivlin, who are very much in favor of the plan.”Abu Raya said the economic plan touches on many of the fields in the Arab sector such as education, infrastructure, housing and social services.Asked if he thinks the agreement will be implemented, he responded that the key factor to look out for is that the amount budgeted for the Arab sector should appear in this budget.Raya said the Arab side is monitoring the implementation and that “Sakhnin, like any Arab municipality, will benefit from the plan.”The government approved the proposal by Prime Minister Benjamin Netanyahu, Finance Minister Moshe Kahlon and Social Equality Minister Gila Gamliel to promote a comprehensive program of economic and structural development.The extent of the five-year plan is estimated at NIS 10 billion- 15b., and would increase funding for housing, education, employment of Arab women, infrastructure, welfare services and public transport.Netanyahu said at the time of the budget’s proposal that it “is a significant addition designed to assist the minorities and to reduce gaps,” adding that the deal “strengthens law enforcement among minority populations, with an emphasis on illegal building.”On a conference call on March 30 with the Inter-Agency Task Force on Israeli Arab Issues, a coalition of North American Jewish organizations, Amir Levi, director of the budgets department at the Finance Ministry, discussed the drafting of the plan and how the Arab leaders were involved in drafting it.“We recognize that we have a huge gap... and we are dealing with it,” he said, referring to the disparity in living standards between Arabs and Jews.“We believe success of the plan will influence the growth, and if the growth will be higher” then all sectors would gain, added Levi.Asked about the specific amount, he responded that it depends on the overall budget numbers since it is based on percentages. The amount of NIS 10b.-15b. is an estimate using the previous budget numbers, he explained.