A source in the Prime Minister’s Office confirmed on Monday, when the Knesset marked Herzl’s birthday, that they are looking into the possibility of such a trip in August. 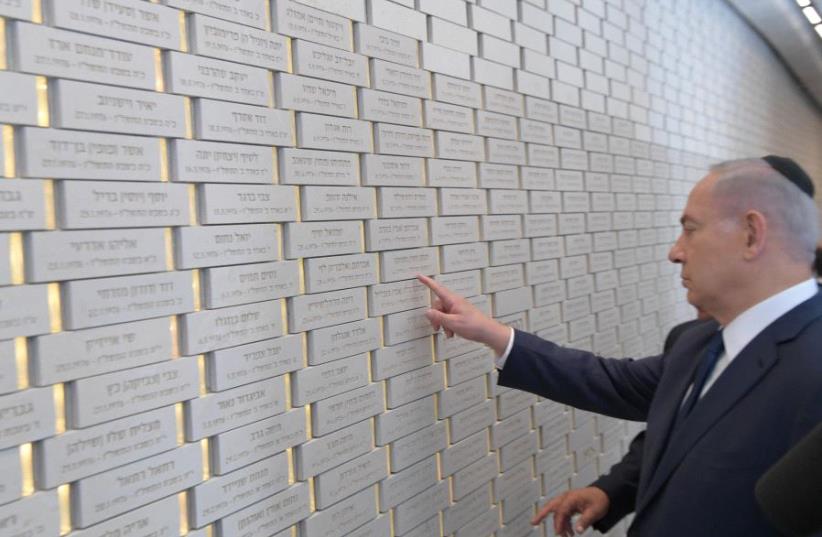 Prime Minister Benjamin Netanyahu at an inauguration ceremony for the national Hall of Remembrance for fallen soldiers on Mount Herzl in Jerusalem, April 30, 2017
(photo credit: AMOS BEN-GERSHOM/GPO)
Advertisement
“In Basel, I founded the Jewish state,” Zionist visionary Theodor Herzl said in 1897 of the First Zionist Congress, and this year Prime Minister Benjamin Netanyahu hopes to commemorate the event in the Swiss city.A source in the Prime Minister’s Office confirmed on Monday, when the Knesset marked Herzl’s birthday, that they are looking into the possibility of such a trip in August.However, it’s not so clear that Basel wants Netanyahu there.The Swiss newspaper NZZ am Sonntag reported this week that the Basel local government is unenthusiastic about the visit, because they consider it to be last-minute, and security could cost as much as 10 million Swiss francs. The local government petitioned the federal government for “strong financial and logistical support.”Carlo Sommaruga, a Swiss lawmaker from the Social Democrat Party, told NZZ am Sonntag that it would be better for President Reuven Rivlin to visit, because he is less controversial than Netanyahu.