Norway slams PA for glorifying terrorists with its money

"Norway will not allow itself to be associated with institutions that take the names of terrorists in this way." 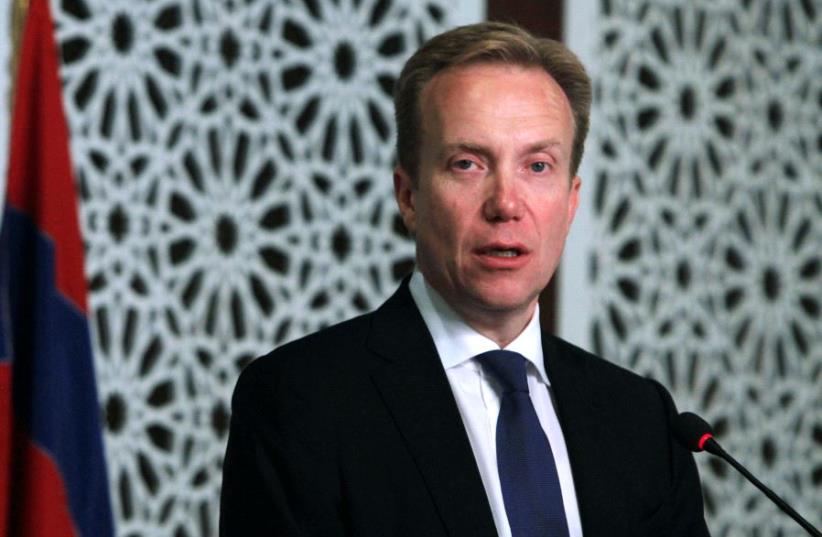 Norway's Foreign Minister Borge Brende attends a news conference in Islamabad, Pakistan, August 18, 2016.
(photo credit: REUTERS/FAISAL MAHMOOD)
Advertisement
Norway on Friday condemned the Palestinian Authority’s naming of a woman’s center in the West Bank after a female terrorist who took part in the 1978 Coastal Road massacre that killed 37 people. Oslo also asked the PA to repay money it provided for the center.The move came just three days after US President Donald Trump, standing alongside PA President Mahmoud Abbas in Bethlehem, said that peace “can never take root in an environment where violence is tolerated, funded or rewarded.”Norway’s Foreign Minister Borge Brende issued a sharp statement noting that the center, named after Dalal Mughrabi, received funding from Norway via the Palestinian Election Commission and UN Women to promote participation of women in elections. The center is in Burka, northwest of Nablus.“‘The glorification of terrorist attacks is completely unacceptable, and I deplore this decision in the strongest possible terms. Norway will not allow itself to be associated with institutions that take the names of terrorists in this way. We will not accept the use of Norwegian aid funding for such purposes,” he said.According to Brende, Norway asked that its logo be immediately removed from the building, and that “funding that has been allocated to the center be repaid.”“We will not enter into any new agreements with either the Palestinian Election Commission or UN Women in Palestinian areas until satisfactory procedures are in place to ensure that nothing of this nature happens again,” he said.Foreign Ministry spokesman Emmanuel Nahshon praised the Norwegian move as the “right step.”“A strong position against the glorification of terrorists is an integral part of international efforts to stamp out terrorism,” he told The Jerusalem Post.“We recommend that the international community investigate very well where the money it invests in the Palestinian Authority is going, and expect that all the partners in this project act as Norway did.”