‘We make sure we have matzot,’ one proprietor says. 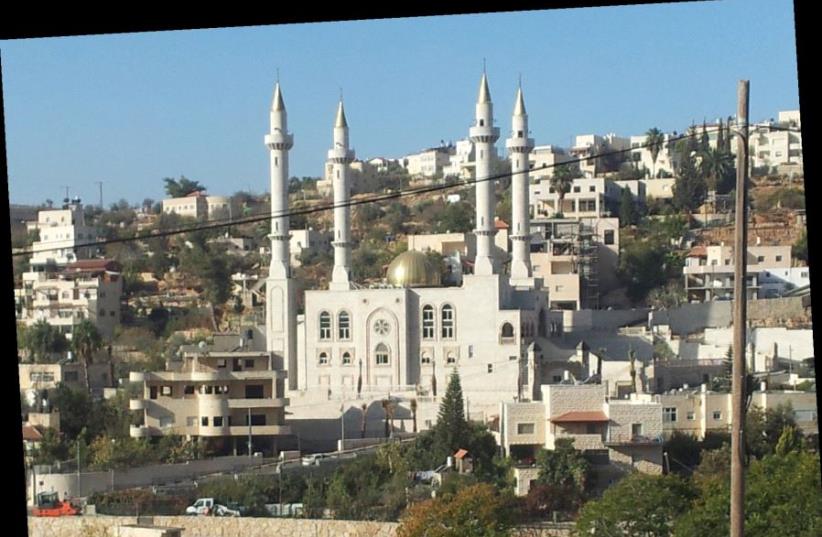 ABU GHOSH is twice as busy during Passover as during an ordinary week
(photo credit: Wikimedia Commons)
Advertisement
A word of caution for those intent on keeping the holiday kosher next Passover: don’t go to Abu Ghosh, the Arab town of 7,000, where many of the residents make their living from the restaurants lining its main road.The temptation there is just too great.Yaron Reichsfeld, an engineer from Jerusalem, had an excuse ready on Sunday for why he was in the Khobez Bakery with his eight-yearold son Tomer, only days after observing a traditional Seder at home. “Tomer hates matza and loves burekas, so he’s a good excuse to pop over here and indulge myself. I can’t resist the temptation. At home we try our best to keep kosher, but after six days we fall down.”For the town, which sided with the Jews against Palestinians during the 1948 War of Independence, Passover is another occasion to render service to the children of Israel, this time by making sure they are well fed during the holiday. Passover is twice as busy as during an ordinary week, according to restaurant owners.But these same owners take umbrage when it is suggested that they profit from abetting Jews in violating the religious strictures. “No, we bring people matza if they want,’’ said Sami Abdul-Rahman, manager of the Abu Shukri restaurant, quickly producing some unleavened bread and majadra (rice with lentils) when a visitor turned down pitas.At the Abu Ghosh Restaurant, which prides itself on having entered The Guinness Book of World Records with the largest serving of Humus in 2010, Chen Blonder, a law student at the Interdisciplinary Center Herzliya, was eating matzot provided by the restaurant, while her boyfriend, Lior Levy, ate pita.They were seated at a table of more than 20 students from the Tel Aviv area who stopped in Abu Ghosh while sightseeing in the Judean Hills. “Everyone can live by their own faith. I keep tradition and he doesn’t,” Blonder explained. They hadn’t come to Abu Ghosh for the unleavened food, but rather for “a change of atmosphere, something new and different,” she said.While the Passover atmosphere may be a change of pace from Jerusalem or Tel Aviv for diners, it is feverish for the restaurant owners who are in heated competition with one another. This is unsurprising, since they serve up very similar food and are located practically on top of each other. “Have you been to the Lebanese [Restaurant]?” Abu Ghosh Restaurant owner Jawdat Ibrahim asked The Jerusalem Post, referring to his closest rival.Ibrahim still helps set up the tables in his restaurant, despite being the richest man in Abu Ghosh. In 1990, while working as a tow truck driver in Illinois, he purchased the winning ticket for the state lottery, netting $17.5 million.He chose to return to Abu Ghosh, where he owns an apartment building filled with Jewish tenants, who are among the several hundred Jews living in the town. “It shows we can live together in coexistence and I encourage this,” he said.
Israelis doing last-minute shopping ahead of Passover (credit: REUTERS)
He implied that his Passover preparations are almost as busy as those of Jews marking the holiday. “We have to make sure the inventory is full and we make sure we have matzot. And we have to be sure we have lamb, it is our specialty and on Passover people like to eat lamb.”At the Abu Shukri Restaurant, the selling point is the humus. For years, owner Samih Abdul-Rahman, 66, was in competition with a relative, Subhi Abdul-Rahman, with each of them claiming to have the original and best Abu Shukri humus. Their rivalry was resolved by a sulha, or clan reconciliation, and the matter was literally put to rest after Subhi died and his son closed down their shop.At the Caravan Restaurant, Abu Ghosh’s oldest, owner Thabet Abu Ghosh, 75, said of other restaurants: “They open and close, but we have been here since 1950.” Until 1970, when Route 1 was opened, the restaurant used to be on the road from Jerusalem to Tel Aviv. Abu Ghosh still keeps in touch with Geula Cohen, the 91-year-old former Lehi underground fighter whom his father, Yousef, hid after she escaped from prison near the end of the British mandate.Of Passover, he said: “This is our strongest week. After the holiday, things calm down.”“There are people who come during Passover who don’t eat bread and I respect this. I am a person who respects people as they are. It doesn’t matter to me which religion, what their political view is, what party they belong to or what community. Every good person I respect and I want them to treat me as I treat them,” he said.“I feel that I am helping people to celebrate the holiday,” he added.