Samantha Power tells the women: "In your defiance, we take inspiration." 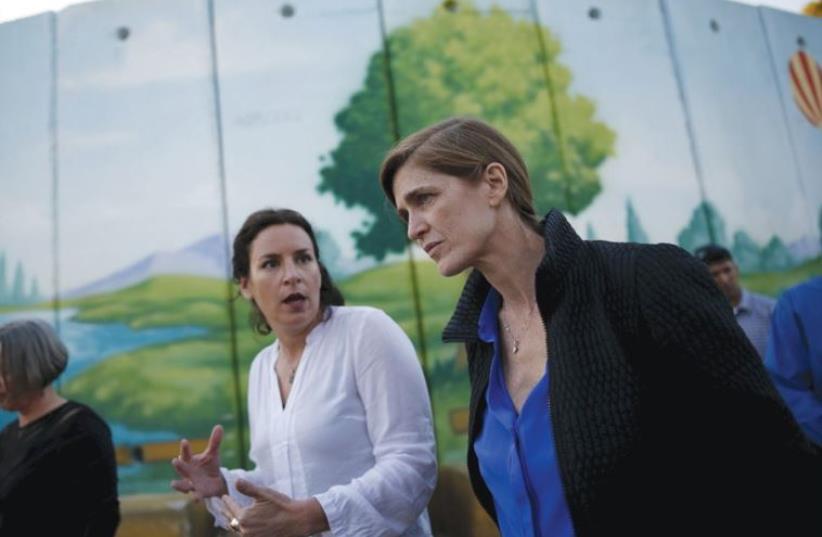 To her left as she spoke sat Israel’s ambassador to the UN, Danny Danon, and US Ambassador to Israel Dan Shapiro.“We believe fundamentally that the security [here] is linked to peace, and it is linked to negotiations and to meaningful steps to improve security.We are working together,” Power said.She added that providing people with the opportunity to live well is a key ingredient in the recipe for peace.“We will never give up,” she said.“Just as you have not given up. You could have easily given upon on this dream. But you stayed here. In your defiance, we take inspiration, and I thank you.”
Advertisement
Subscribe for our daily newsletter