There was no specific information about the exact nature of the threat. 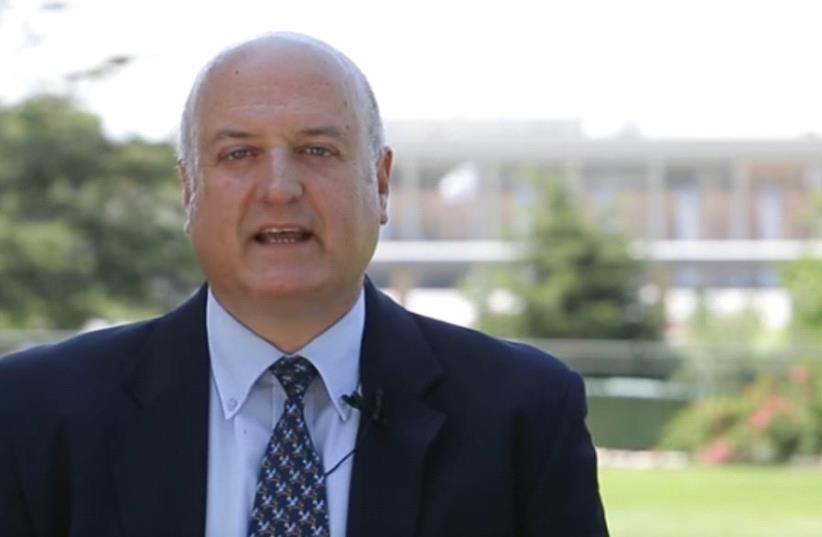 David Govrin, Israel's new Ambassador to Egypt
(photo credit: ISRAEL'S FOREIGN AFFAIRS MINISTRY)
Advertisement
The Foreign Ministry on Tuesday declined to comment on reports that Israel’s Ambassador to Egypt David Govrin was pulled out of the country with the entire embassy staff several weeks ago because of security concerns.“Due to security concerns we have limited the return of the Foreign Ministry embassy team to Cairo,” the Shin Bet (Israel Security Agency) said in a statement.A report in the Telegraph said that Govrin was brought home at the end of December, which would be just some four months after he took up his position in Cairo.Govrin is reportedly working from Jerusalem.He took up his post in Cairo last August during an uptick in views between the two countries. By contrast, on September 9, 2011, during the height of the “Arab Spring” and half-a year after Hosni Mubarak was overthrown, thousands of protesters stormed the embassy, using light poles as battering rams to demolish a protective wall around the compound.
Violent protesters in Egypt force evacuation of Israeli embassy, Sep, 2011.(credit: REUTERS)
Six security guards took refuge in a safe room in the embassy until Egyptian commandos finally evacuated them hours later, following the direct intervention of then US president Barack Obama.Yitzhak Levanon, the then ambassador to Egypt who was temporarily evacuated from Egypt along with 80 other Israeli Embassy staffers and their families following the storming of the legation, said that it is possible to carry on the functions of ambassador from afar, but that nothing substitutes for being on the ground.“There are phones,” Levanon said, “but it is always better to be in the field.”Levanon said that while it was rare to have to evacuate an ambassador over security concerns, it was not unheard of. “This doesn’t only happen to us, but also to other countries as well,” he said, pointing out that the US and some European states have recently not only returned embassy personnel as a precautionary measure, but also closed down entire embassies.“It has happened all over the word,” he said. “But it is rare, it doesn’t happen every day.” Levanon said that these orders, when given, are based on concrete information and are meant to protect the personnel.Levanon dismissed some speculation in the Egyptian social media that the evacuation of the ambassador had to do with political tensions between the two countries over the situation in Gaza.The former ambassador also said there would not be any damage to ties between the two countries as a result of a move designed merely to safeguard the diplomats.

Anna Ahronheim contributed to this report.
Advertisement
Subscribe for our daily newsletter