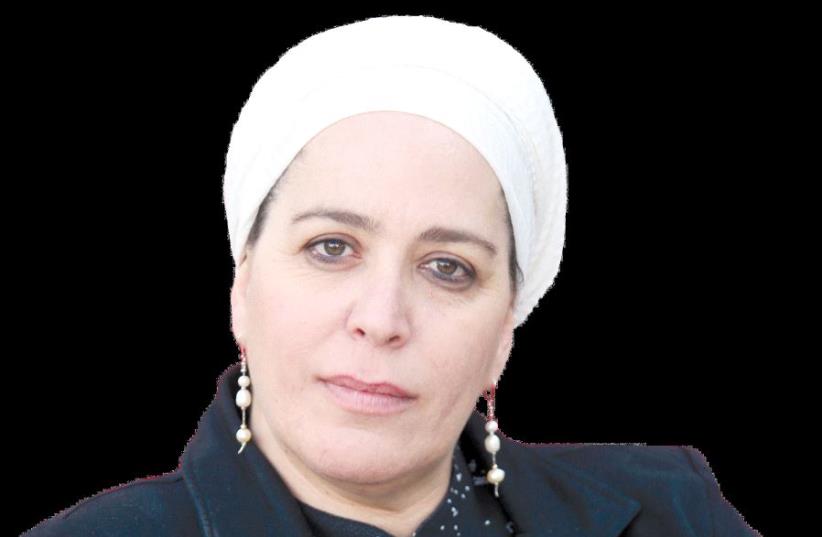 Dina Dayan
(photo credit: ARIEL BSOR)
Advertisement
The only woman running in Tuesday's Labor leadership primary, socioeconomic activist Dina Dayan, announced Monday that she was dropping out of the contest and endorsing incumbent Isaac Herzog.Dayan's departure left Labor's race with seven candidates: Herzog; MKs Amir Peretz, Erel Margalit, and Omer Bar Lev; former environmental protection minister Avi Gabbay, and party activists Hod Karubi and Professor Avner Ben-Zaken."Herzog understands that to really bring new people into the party, we need to build a bloc," Dayan said at a joint press conference at the party's Tel Aviv headquarters. "I represent proof that the party can reach out to new audiences."The opposition leader said he was proud to receive her support. He said Dayan provided Labor with a refreshing new message."Dina Dayan provides the necessary missing piece that the Zionist Union and the bloc we will form need to defeat Prime Minister Benjamin Netanyahu," Herzog said. "There won't be peace without social justice." Herzog called upon supporters of Margalit and Bar Lev to act responsibly and not waste their votes. Bar Lev responded that Herzog's voters should "keep in mind the best interests of the state and not aid those who allowed the party to collapse when it was in their zigzagging and feeble hands."Zionist Union MK Tzipi Livni, who brought her Hatnua party into a bond with Labor ahead of the last election, appeared to endorse Herzog without mentioning him by name in Monday's weekly faction meeting."We formed the Zionist Union and created hope," she said. "This hope must be returned and grown in order to form a large bloc whose leader will be chosen in primaries."