‘We are currently at a critical junction: The project will either close down or continue toward the research,’ says co-founder. 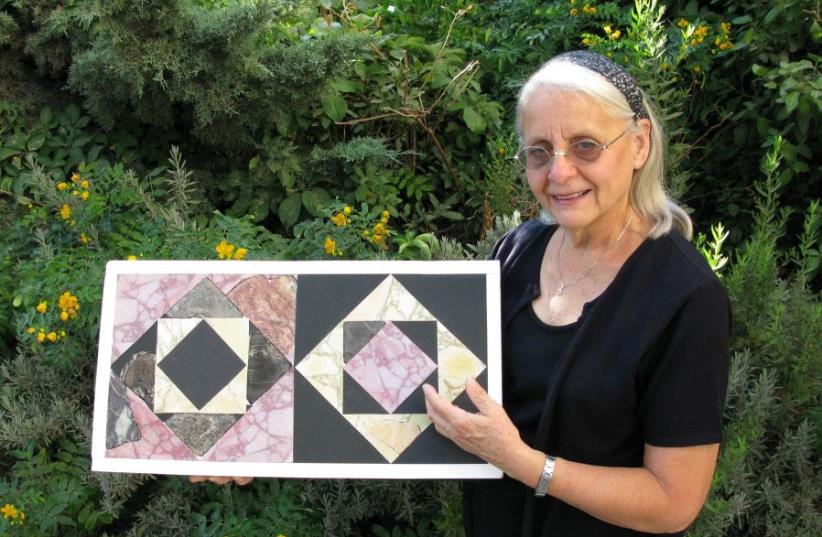 Second Temple period Opus Sectile floor tiles were reconstructed through research via the project’s finds.
(photo credit: COURTESY OF TEMPLE MOUNT SIFTING PROJECT)
Advertisement
The Temple Mount Sifting Project, established in 2004 following the illegal removal of 9,000 tons of antiquities-rich earth from Judaism’s holiest site in 1999 by the since-outlawed Northern Branch of the Islamic Movement, has lost its funding and may cease operations.The project has operated in Tzurim Valley National Park under the direction of co-founders and archeologists Dr. Gabriel Barkay and Zachi Dvira, with the purpose of recovering artifacts permeating the soil of the holy compound.To date, a seal impression of a priest from the late First Temple Period, numerous floor-tile patterns from the lavish courts of the Second Temple and other architectural finds from the Byzantine period have been unearthed by the project’s thousands of volunteers.“Despite oral promises by Prime Minister Benjamin Netanyahu to support the project, no formal promise of funding or support has been announced,” the organization said in a Monday statement, adding that it has launched a crowdfunding campaign. “We are calling on the public to take action and responsibility where Israel’s governments during the past 12 years have not, to help us continue the research and save the heritage of Jerusalem’s most important site and yield more significant discoveries.”The project has been carried out under the auspices of Bar- Ilan University and the Israel Archaeology Foundation, with operations funded, until recently, by the Ir David Foundation.“A fortnight ago, the sifting of soil from the Temple Mount was officially stopped, and in the coming months the research in the project’s archeological laboratory will stop as well,” the statement continued.Dvira lamented that without funding, the project, which has published numerous scholarly papers about unprecedented finds dating to the First Temple period, will collapse.“If I would have been asked at the beginning of the project about the finds we might discover, I couldn’t have imagined the work that we are doing now,” he said. “I couldn’t have imagined that we would be able to reconstruct the patterns of the lavish floors of Herod’s Temple Courts that we recently published. I couldn’t have imagined the current research on pottery, inscriptions, weaponry, coins or any of the hundreds of thousands of finds and the fields of research that we are conducting.”Dvira continued: “If we can complete even our current research, we are sure to discover many new and important data about the history of the Temple Mount. We are currently at a critical junction. The project will either close down, or continue toward the research and publication of the artifacts we have already recovered.”Barkay, a Jerusalem Prize laureate, called the sifting project “an extraordinary educational tool” that has galvanized tens of thousands of volunteers from across the globe.“To date, more than 200,000 people from Israel and all over the world have participated in the sifting,” he said on Monday.“This is an unprecedented phenomenon in archeological practice, and makes this project the most exposed archeological research in the world. The tangible contact of the participants with the soil, stones and archeological finds is an irreplaceable educational tool connecting people to their heritage.”Barkay added: “We hope we will be able to continue this important activity.”