‘Ticking time bomb’ ammonia tank to be emptied by April 1

The ammonia tank in question is the 12,000-ton processing and storage facility that sits in the Haifa Bay. 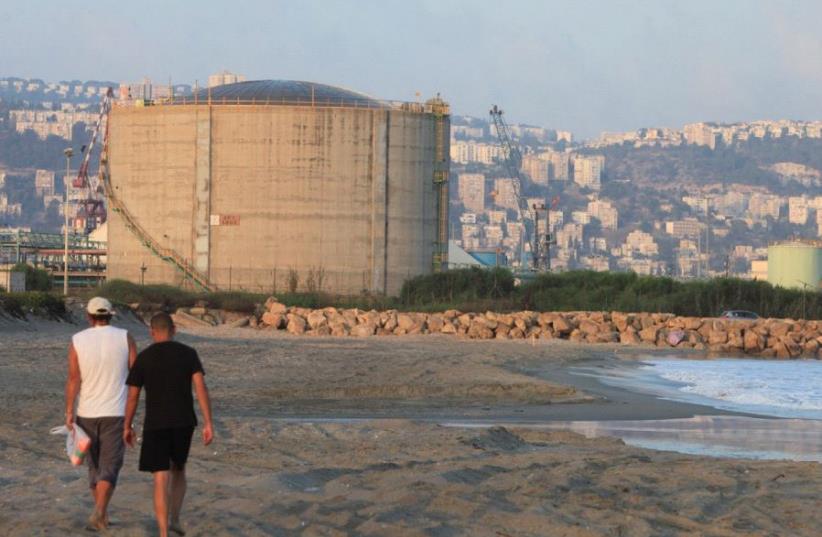 Haifa Bay’s 12,000-ton ammonia tank
(photo credit: MAX YELINSON/ MAARIV)
Advertisement
Rejecting an appeal from Haifa Chemicals, a district court justice on Wednesday ordered that the city’s ammonia storage container be emptied by April 1.The 12,000-ton-capacity ammonia tank is part of a processing and storage facility in the Haifa Bay industrial zone. Environmentalists and politicians have long dubbed the tank, which stores all the ammonia imported by Israel, a “ticking time bomb” and a threat to the Haifa region.In February 2016, Hezbollah chief Hassan Nasrallah threatened to attack it.Ammonia, a key ingredient in industrial refrigeration and fertilizer production, is a highly toxic gas once exposed to open air.On Wednesday, Haifa District Court Judge Tamar Sharon-Netanel rejected an appeal filed by the tank’s owner, Haifa Chemicals, regarding a court order issued earlier this month to empty the tank. The implementation of that order, which called for the tank to be emptied within 10 days, was delayed due to the company’s decision to file an appeal.While Sharon-Netanel rejected the appeal, she decided that the tank must be emptied by April 1, rather than in 10 days, in order to carry out the process in the safest and most economical way possible. As of that date the tank must be emptied and can no longer be refilled, according to her judgment.In addition, shipping vessels will be forbidden from delivering any ammonia to the tank.Nonetheless, Sharon-Netanel stressed that Haifa Chemicals must continue to provide ammonia to consumers until the tank is emptied.“On one side of the scale, there are the lives and health of, at least, hundreds of thousands of citizens, men, women and children, residents of Haifa and those who enter its gates – for work, shopping and entertainment – while on the other side there are economic interests,” Sharon-Netanel said. “Under these circumstances, there is only one possible solution, and it is to reject the appeal on all matters relating to the issuance of the order to terminate the business.”