Top diplomat: Israel has contacts with almost every Arab state

Dore Gold says those who claim Israel is isolated "don’t know what they are talking about." 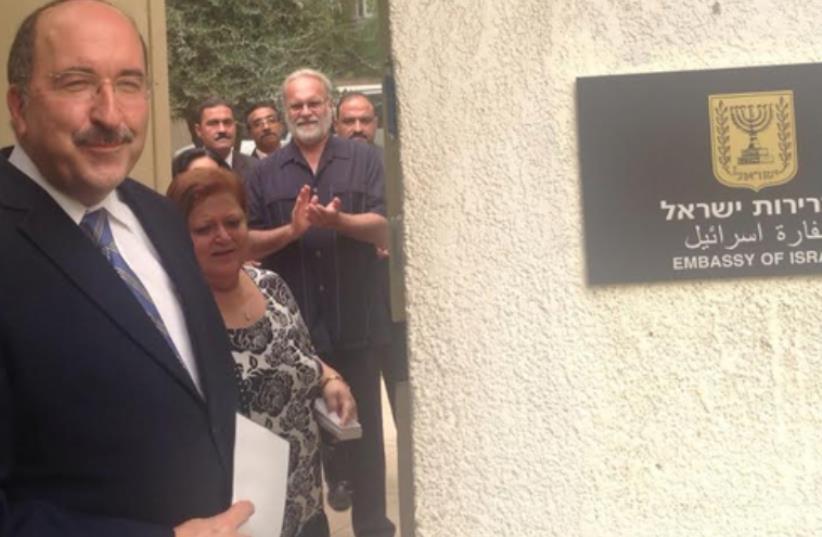 Foreign Ministry Director-Genral Dore Gold rededicates Israeli Embassy in Cairo‏
(photo credit: FOREIGN MINISTRY)
Advertisement
Israel can communicate today with “almost every Arab state,” as long as it then does not make it to the front page of the daily newspapers, Foreign Ministry Director-General Dore Gold said Tuesday.Gold's comments to the Institute of Security Studies' (INSS) annual conference in Tel Aviv came a day after reports that National Infrastructure, Energy and Water Minister Yuval Steinitz was in Abu Dhabi for talks with Emirati officials this week.Gold himself was in Abu Dhabi in November, paving the way for the opening of an Israeli office accredited to the International Renewable Energy Agency located there.“We have a lack of agreement with different countries in the world,” Gold said. “It is no secret that we have problems in Europe. But there are many countries open to Israel today, and those who say we are isolated do not know what they are talking about.”The main change, and Gold called it a “dramatic change,” is “the willingness in the Arab world for ties with Israel under the table.” Gold said he travels to various capitals in the Arab world as part of his job, though he did not disclose which.What is important in this communication, he said, “is the feeling that perhaps – with a lot of work – we can create a consensus on the components needed for regional stability and a regional order. “He said there is no need to agree on details of where every last border will run in the Middle East. But, he added, “there needs to be an agreement on the rules of the game, on who is inside the tent of the countries contributing to regional stability, and who are those outside the tent working to undermine regional stability.”
“We are entering a period of a lack of world order, especially in the Middle East,” Gold said. “To prepare infrastructure for a basis of understanding, for regional security arrangements and – in the end – for peace, we have to ensure the rules of the game in the world system, and in the regional system.”