Top legal officials: ‘Israel must break through the walls of the legal ghetto’ 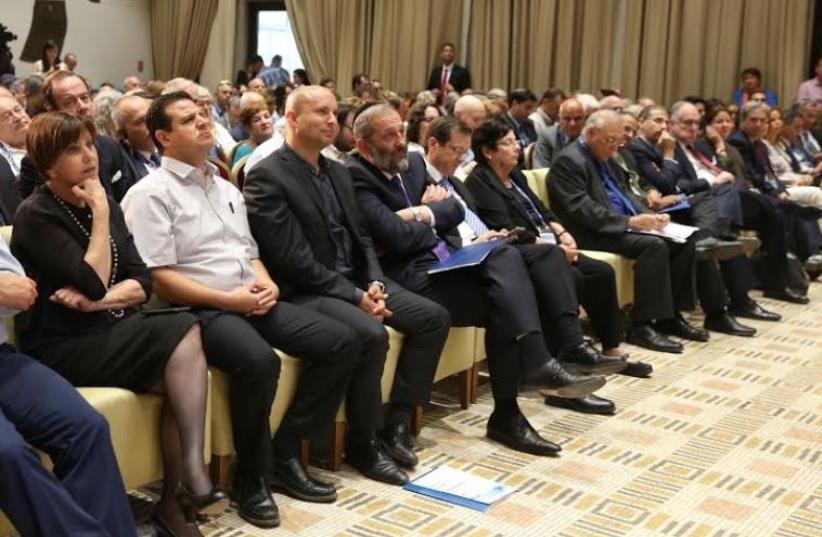 Herzliya Conference 2016
(photo credit: MARC ISRAEL SELLEM)
Advertisement
A who’s who of senior Israeli and Jewish legal officials on Thursday cited a range of strategies for fighting anti-Israel lawfare at the IDC Conference in Herzliya.Anti-Israel lawfare is a catchphrase which covers litigation against Israeli officials in foreign courts and by international bodies going after individuals and delegitimizing Israel generally.Prof. Eugene Kontorovich of Chicago’s Northwestern University put the most positive spin on the current situation, saying that Israel and its allies were having new success with “going on the offensive.”Kontorovich cited success in passing laws in nine US states to ban doing business with companies which boycott Israel, including a tenth state, New Jersey, likely on the way later Thursday.He argued that being proactive gives Israel an advantage in “picking the time and place” in which it fights, and will help it “break through the legal ghetto” its enemies have tried to trap it in.Another positive sign has been Israel and companies affiliated with it defeating cases against them throughout Europe, he said.Describing the challenges Israel is up against, former IDF international law division head Pnina Sharvit-Baruch said a major issue is facing a “mix of legal criticism and slander.”She said that those trying to delegitimize Israel have succeeded in defining it in liberal circles globally as a law-breaker or an apartheid-style state by playing this mix and match game expertly.They blame Israel at all times for the absence of peace, and shift framing the conflict from one about land to one about alleged Israeli human rights violations. The delegitimizers have taken their campaign to the UN, the International Court of Justice and the International Criminal Court, she said.Sharvit-Baruch expressed her frustration that when Israel points out human rights violations in other countries, such as Syria, the world ignores this. Israel is held accountable to a higher standard, she said.The world expects more from Israel because it is a democracy, she added.Several other speakers also took on the issue.Former Canadian justice minister Irwin Cotler said the best way to fight anti-Israel lawfare was by highlighting how it departs from the UN’s own universal human rights principles.For example, while many note that Israel faces on average 20 UN resolutions of condemnation annually compared to four for the rest of the world, many forget that this is not merely a double standard but a violation of basic due process legal principles.Sharvit-Baruch’s predecessor as head of the IDF international law division, Daniel Reisner, recalled the early days of lawfare in 1999 when he had to defend Ariel Sharon against an indictment in Belgium.