Two dead and multiple injured, including children in shootings in Israeli-Arab towns

Northern District Police have yet to make any arrests in the shootings and a gag order was imposed on details of the investigation. 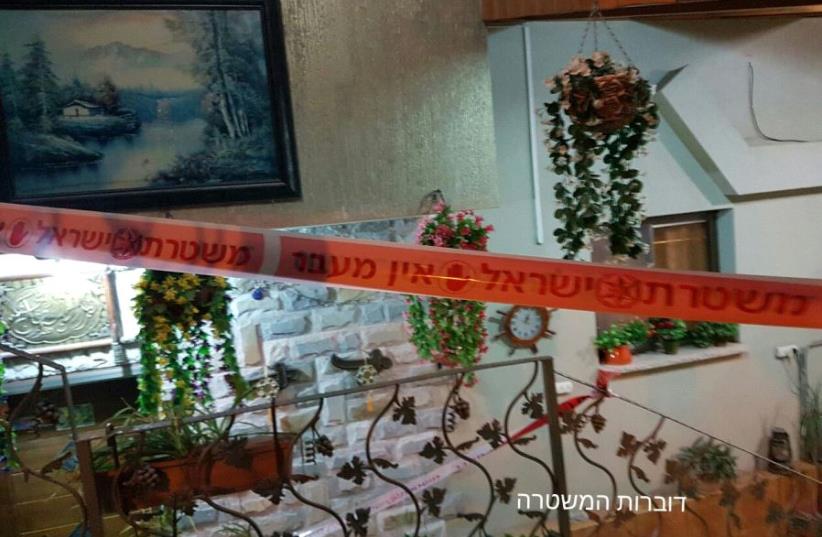 Picture of the crime scene in Nazareth, Saturday night.
(photo credit: COURTESY ISRAEL POLICE)
Advertisement
Two were killed and four wounded in three separate shooting incidents in Israeli- Arab villages on Saturday night.Ahmad Gazala, 33, and Shadi Khawaja, 34, were killed in an alleged drive-by shooting in the Bir el Amir neighborhood of Nazareth. Police reported the incident at 10:26 p.m. and said it appears to be criminally motivated. The victims were evacuated to the English Hospital in Nazareth, where they were pronounced dead. As of Sunday afternoon, the Northern District Police had yet to make any arrests and a gag order was imposed on details of the investigation.Meanwhile, in the coastal Arab town of Jisr e-Zarka, three children where wounded Saturday night when a shooter fired at a house and yard and fled, police said. The three minors, one seriously wounded and two moderately wounded, were evacuated to the Hillel Yaffe Medical Center in Hadera. The Coastal District Police has not yet made any arrests. Spokesman Chaim Ponimonsky said police suspect that a conflict between two families in the town motivated the shooting.Also on Saturday night, a 30-year-old man was shot outside his house in the Ein Jarar neighborhood of Umm el-Fahm. Police said the circumstances of the shooting are unclear and are continuing to investigate. No arrests had been made as of Sunday.Police have been seeking to increase enforcement of and improve relations with Arab-Israeli towns and cities.In 2016, they led a targeted campaign to recruit more Arab citizens to join the force (Arabs comprise about 4% of the police force and 20% of the general population).Along with increased recruitment among Arabs, police plan to open new stations in Arab communities, as part of a five-year, NIS 2 billion plan to increase law enforcement in those localities.The implementation of this plan, however, has been met with criticism. Adalah – The Legal Center for Arab Minority Rights in Israel and Joint List MK Ahmad Tibi argue that increasing Arab recruits does not change the underlying system of discrimination against Arabs.Ponimonsky said the police are hoping to open a new station in Jisr e-Zarka this year, but the challenge of increasing police enforcement in Arab areas is mainly due to a lack of cooperation among residents.“We are doing our best to capture weapons all the time in the villages,” he said, “but unfortunately, we don’t receive enough support from the citizens there, and this is something they have to improve.”