According to Ukrainian law, violation of entry procedures into Crimea is punishable by up to five years imprisonment. 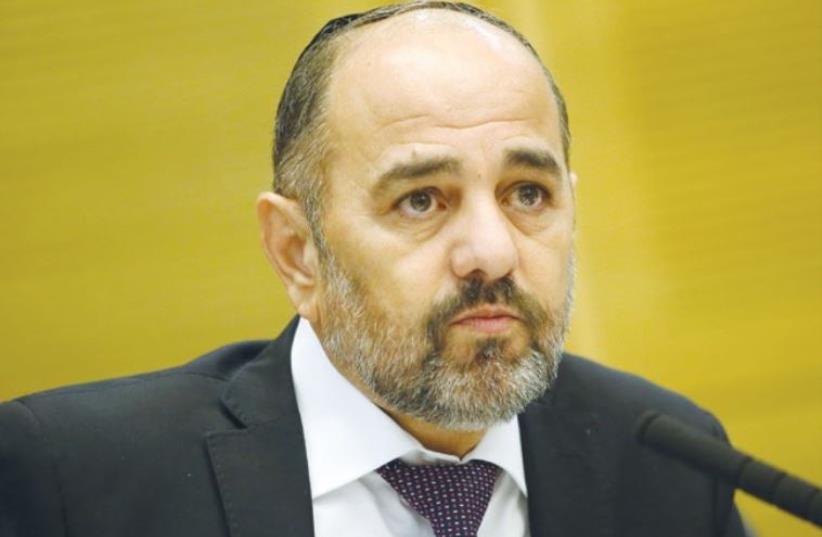 YA’ACOV MARGI
(photo credit: MARC ISRAEL SELLEM/THE JERUSALEM POST)
Advertisement
The Ukrainian Prosecutor’s Office launched a criminal investigation over the weekend into Shas MK Ya’acov Margi’s visit to Crimea last week, in an effort to dissuade others from visiting the peninsula and giving legitimacy to Russian rule there.Margi, chairman of the Knesset Education, Culture and Sport Committee, stepped into a diplomatic mine field last week when he met with the head of the Russian-established government in Crimea, Prime Minister Sergey Aksyonov, breaking with Israel’s policy of maintaining strict neutrality in the Russian-Ukrainian conflict.Russia annexed the peninsula in 2014.According to a statement on the Prosecutor’s Office website, “a criminal investigation” against Margi was launched “into the illegal entry” into Crimea.According to the statement, Margi and his delegation violated “the procedure for entry” into the territory annexed by Russia.According to Ukrainian law, violation of entry procedures into Crimea is punishable by up to five years imprisonment.The Forum Daily, a Russian- language Jewish website based in New York, reported that the decision to open an investigation sends a message to the rest of the Knesset “not to meddle in violation of Ukrainian laws in occupied Crimea and not to participate in political Russian propaganda campaigns.”Margi’s visit was trumpeted in the local press as an indication of cracks in the international isolation of Crimea.Ukraine Ambassador to Israel Hennadii Nadolenko sent a letter last week to the Foreign Ministry protesting the visit.Ukrainian authorities have also hinted that the visa-free travel to Uman for tens of thousands of Israelis visiting the grave of Rabbi Nahman of Breslov each year may be in jeopardy. An embassy representative, however, said no decision on this matter has been taken, and that this was just one measure being discussed.The Ukrainian embassy has a notice on its website regarding the rules and regulations governing entry into Ukraine.The Knesset’s spokesman said the trip was not an official Knesset delegation, and not planned or coordinated with the Knesset, beyond the requisite authorization from the Ethics Committee.Margi submitted to the Ethics Committee an invitation from Chief Rabbi of Sevastopol Binyomin Wolf, including an offer to fund his trip.Foreign Ministry officials said they did not know in advance about Margi’s trip, and had they known, they would have advised against it.A source close to Margi said in response that were the Shas MK to release correspondence with the ministry, it would embarrass the ministry.Margi refused all interviews on Sunday, but on Friday, upon returning from the trip, he spoke to The Jerusalem Post’s sister publication Maariv Hashavua about it.“I wasn’t aware of the diplomatic sensitivity of traveling to Crimea,” he said. “If I had known that the trip would have caused an uproar and a crisis in Israel-Ukraine relations, I certainly wouldn’t have gone.”Margi said he traveled to Crimea in good faith, after submitting the necessary forms to the Knesset Ethics Committee and checking off the boxes on the form to inform the Knesset foreign relations department and the Foreign Ministry. A week and a half later, the trip was authorized, he recalled.“No one bothered to update me on the political and diplomatic sensitivity of traveling to Crimea. I knew it was a disputed territory that was occupied by the Russians, but I was invited on a private visit by the Jewish community of Crimea to help them save a school building,” he said.When he was already in Sevastopol, Margi said, his hosts told him it would be polite to meet local leaders, and a meeting with the Crimean prime minister was arranged. The government put up Israeli, Russian and Crimean flags.“They took advantage of my trip for propaganda,” Margi lamented to Maariv.Margi expressed hope that the diplomatic crisis will come to an end, emphasizing that he did not intend to harm Israel’s foreign relations in any way.