UK's May: Criticism of Israel not an excuse for antisemitism

“Criticizing the government of Israel is never – and can never be – an excuse for hatred against the Jewish people," an excerpt from a much-expected speech by May reads. 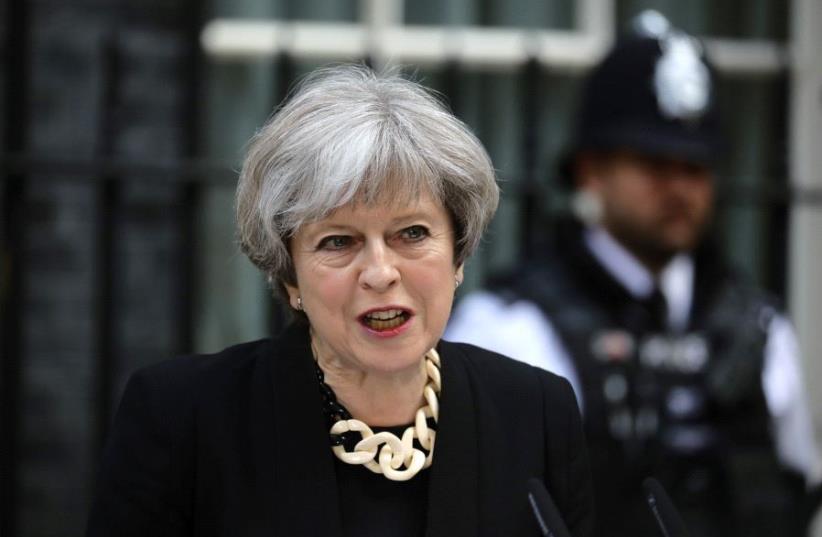 Britain's Prime Minister Theresa May speaks outside 10 Downing Street after an attack on London Bridge and Borough Market left 7 people dead and dozens injured in London, Britain, June 4, 2017.
(photo credit: REUTERS/KEVIN COOMBS)
Advertisement
Criticism of Israel should never be used as an excuse to hate Jews, British Prime Minister Theresa May is expected to say on Thursday at a celebratory dinner to mark 100 years to the Balfour Declaration that will be held in London.“Today [there prevails] a new and pernicious form of antisemitism which uses criticism of the actions of the Israeli government as a despicable justification for questioning the very right of Israel to exist,” an excerpt from her speech made available to the British media reads.“This is abhorrent and we will not stand for it,” May's speech continues.“Criticizing the government of Israel is never – and can never be – an excuse for hatred against the Jewish people – any more than criticizing the British government would be an excuse for hatred against the British people,” May will state.“Put simply, there can be no excuses for any kind of hatred towards the Jewish people. There never have been – and there never will be,” she will emphasize.May is also expected to speak of the pride she feels between Israel and Great Britain, as well her country’s role in the creation of the Zionist state through its issuance of the Balfour declaration, which made Great Britain the first major Western power to recognize the right of the Jewish people to have a homeland of their own in what was then an area controlled by the Ottoman Empire and known as Palestine. 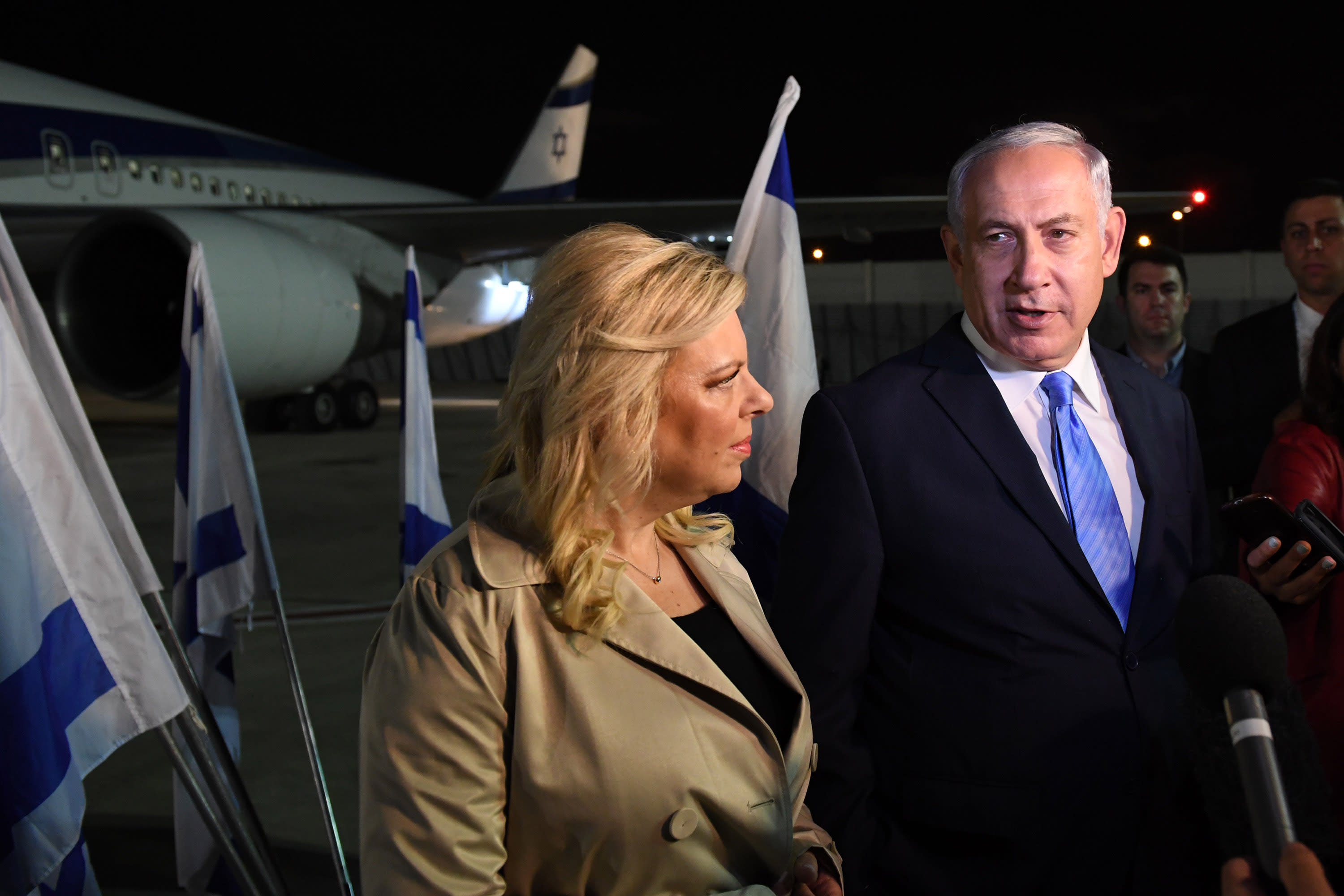 Prime Minister Benjamin Netanyahu and wife Sara board plane to London on November 1, 2017. (GPO)
Prime Minister Benjamin Netanyahu leaves for London to attend Balfour Declaration centennial celebrations
The short 67-word document was penned by Lord Alfred James Balfour on November 2, 1917 toward the end of World War I, while he served as the country’s foreign secretary.May’s speech will also touch on the need for a renewed commitment to a two-state solution as the best resolution to the Israeli-Palestinian conflict.Prime Minister Benjamin Netanyahu arrived in London late Wednesday night to attend the gala celebration that will also be attended by members of the Balfour family. Additionally, he is slated to hold a separate meeting with May and then Foreign Secretary Boris Johnson at Downing Street.Before heading for London, Netanyahu spoke of the importance of the Balfour Declaration, but said that it was hard to believe the Palestinians were serious about peace when they rejected a document that spoke of the right of Jews to a national homeland.“The Palestinians say that the Balfour Declaration was a tragedy. It wasn’t a tragedy. What’s been tragic is their refusal to accept this 100 years later. I hope they change their mind, because if they do they can move forward finally to making peace between our two peoples,” Netanyahu said.The Palestinian Authority has demanded in the recent past that Great Britain apologize for the document and has threatened to sue its government. Palestinians plan to protest the centenary anniversary with demonstrations in the West Bank and in London, including one planned for Saturday.Top Palestinian negotiator Saeb Erekat said on Thursday that the Balfour Declaration “paved the road for our dispossession and the systematic denial of our inalienable right to self-determination.”“By taking pride in celebrating 100 years of the Balfour Declaration, the British government has chosen to celebrate 100 years of injustice, racism, and violence,” he said.“Instead, it should apologize for this shameful declaration and take concrete measures to fulfill its moral and political obligations towards the people of Palestine,” Erekat said. British politicians are themselves divided on whether they want to celebrate the historical moment.Britain’s Labour party has said that unilateral recognition of a Palestinian state is the best way to mark the Balfour anniversary.Labor’s Shadow Foreign Secretary Emily Thornberry told Middle East Eye that the event should be marked, not celebrated.“It was a turning point in the history of that area and I think the most important way of marking it is to recognize Palestine. The British government have said they will do, it's just a question of when the time is right and it seems to me this is the time,” Thornberry noted.