It seems unlikely that this stunt will be Hazan's last.

Oren Hazan
(photo credit: MARC ISRAEL SELLEM/THE JERUSALEM POST)
Advertisement
MK Oren Hazan, the ruling Likud party's regular troublemaker, published a video sitting in the dark on Wednesday as he made his feelings known on the ongoing Gaza power crisis. "Friends, those in Gaza, listen closely, if you don't start paying, you'll just sit in the dark," said Hazan in Hebrew, intermittently igniting his lighter to show himself to the camera. "The only electricity that they're using is to manufacture Qassam rockets, to build tunnels, they're using it to incite against the State of Israel," Hazan continued. "But you know what?" questioned Hazan, "The State of Israel has stopped being a sucker.""This time it's over."It seems unlikely that this stunt will be Hazan's last. The lawmaker has developed a reputation as a loose canon within the Knesset given his outlandish and often provocative acts which have gained considerable press coverage. The divisive MK made headlines in May when, despite Prime Minister Benjamin Netanyahu's best efforts, he snapped a selfie with President Trump on his arrival at Ben Gurion Airport. 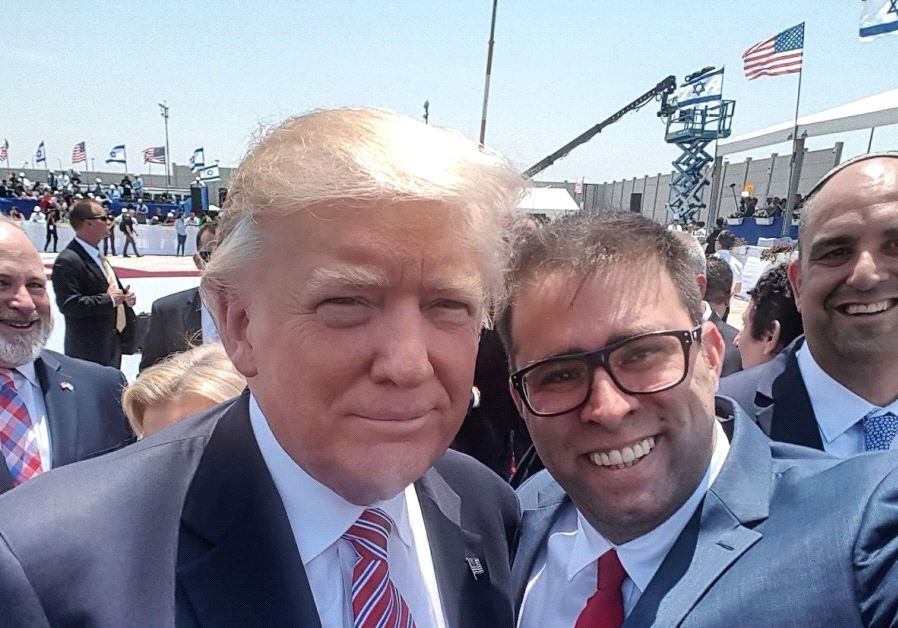 MK Oren Hazan (Likud) snaps a selfie with visiting President Donald Trump upon his arrival in Israel, May 22, 2017 (Twitter)
In 2015, Hazan was stripped of his duties as deputy Knesset speaker after mocking a disabled lawmaker. Last month, the Knesset Ethics Committee reminded lawmakers of its rule against participating in reality TV shows, after Hazan did just that.In a further controversy prior to his time in office, Hazan previously ran a casino in Bulgaria and was reported to have procured prostitutes and drugs for its patrons.