In recent months, the problem gained attention via immigrants from France. 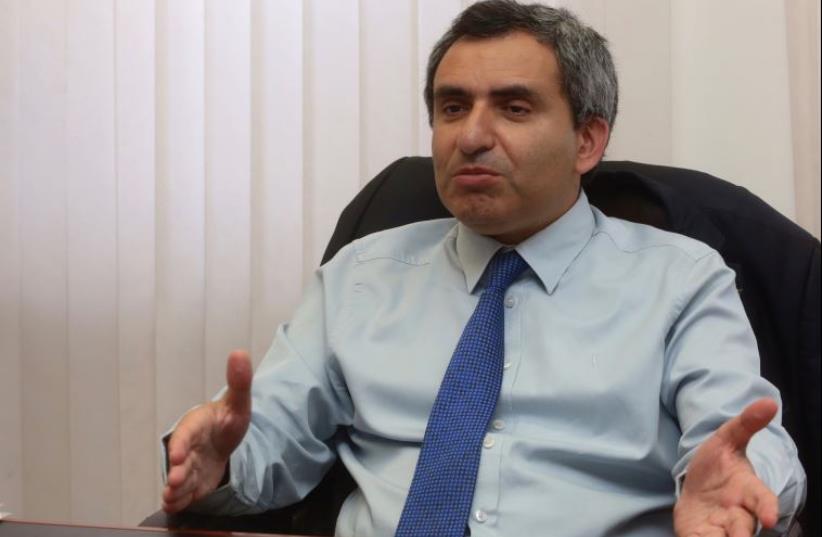 MK Ze’ev Elkin
(photo credit: MARC ISRAEL SELLEM/THE JERUSALEM POST)
Advertisement
Immigration and Absorption Minister Ze’ev Elkin took a figurative victory lap Tuesday, the day after measures making it easier for immigrant dentists to be allowed to treat patients in Israel received the last committee authorizations they needed before going to a final Knesset vote next week.Elkin was satisfied that after months of political wrangling a joint session of the Knesset Labor, Welfare and Health and Immigration, Absorption and Diaspora committees adopted his demand for a blanket exemption from a qualifying exam for immigrant dentists with at least five years of experience.Supported by Health Minister Ya’acov Litzman, the exemption would be written into the law and not left to the whims of Health Ministry bureaucrats.“This is one of the first initiatives that managed to break through [the Health Ministry’s] tough attitude and be considerate of immigrants,” Elkin said.Nearly 16,000 doctors moved to Israel in the last three years, and like most olim, or immigrants, they face language barriers, which make it very difficult for them to pass Israeli certification tests that are available only in Hebrew. As a result, 68 percent of immigrant doctors do not pass the certification test the first time. Currently, there is no legal way to exempt any dentists who make aliya from the exam, which even dentists with decades of experience often fail.Elkin recounted that, entering the Immigration and Absorption Ministry, he “knew that dentists, mostly from France, came with experience, sometimes of decades, and here they were treated like rookies and had to pass practical exams. It caused a lot of unpleasantness.”In recent months, the problem gained attention via immigrants from France – the country from which the most people made aliya in the past two years, with 7,900 immigrating in 2015. After failing the practical exam twice, Dr. David Tibi, a successful dentist and expert in transplants with 25 years of experience who made aliya, wrote a viral open letter to Prime Minister Benjamin Netanyahu calling for his certification to be recognized, or he will have to move back to France to make a living. Meyer Habib, a French parliamentarian that represents expats in Israel, among other places, and a close friend of Netanyahu, pushed the issue, threatening to discourage aliya.Elkin said he met with Litzman and Health Ministry staff many times to discuss the issue, and while Litzman was amenable to easing conditions for immigrant dentists, his staff was less so. Even when the Ministerial Committee for Legislation approved Elkin’s proposal, he had to fight for it to actually move forward to the Knesset, because Health Ministry bureaucrats were holding it up.According to Elkin, Netanyahu also spoke to Litzman several times to make sure the measure moved forward.Two weeks ago, the bill passed a first reading, and Elkin went to the joint committee to make sure it would continue to exempt dentists with five years of experience, instead of 14 years of experience like Health Ministry staff wanted. Elkin convinced Litzman and MKs to follow his lead, after raucous debates both behind the scenes and in the committee meeting.“Originally, the bill said the Health Ministry may exempt dentists, but the MKs decided they didn’t want to rely on the ministry, because the bureaucrats were skeptical, and instead, they wrote set parameters into the law and changed the government bill,” Elkin explained. “They went with a far-reaching version that went against Health Ministry bureaucrats.”With the help for dentists under his belt, Elkin now has his eye on other professions.For example, there is a short list of countries from which medical doctors with over 14 years of experience (including residency) can be exempt from practical exams after a sixmonth internship-like “adjustment period,” including the US, Canada, the UK, Australia and France.Elkin said the list is “from the time of the establishment of the state” and doesn’t include many countries where the medicine is up to par, like Germany.He has asked Litzman to update it.In addition, following Elkin and Litzman’s cooperative efforts, doctors who fail their exam can now appeal the grade, which they were unable to do previously.As for immigrant lawyers, who may only join the Bar Association after an internship and an exam in Hebrew, Elkin said the situation is more complex, because the government does not certify lawyers, the Bar does.“I hope we will find a solution.We are in a dialogue with them to try to make it easier for olim and make exams available in other languages,” he said.Meanwhile, Elkin emphasized that any professionals seeking to move to Israel take advantage of an underutilized tool on the Immigration and Absorption Ministry’s website: an online system allowing them to send in their professional certifications in advance, before they move to Israel, and receive answers about what they need to do to be authorized to work in Israel.“Instead of coming here and finding out you have to go through a complex process, start checking there,” he said.“Not enough people do it, and that is unfortunate.”In addition, Elkin said, the Immigration and Absorption Ministry offers subsidies for new immigrants to translate their professional certifications and have them notarized, which can often be a costly endeavor.