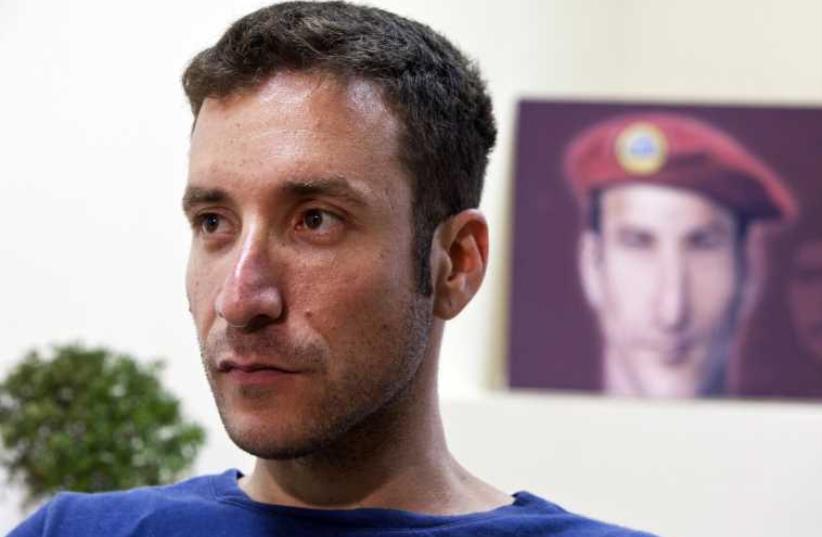 Zionist Union MK Itzik Shmuli
(photo credit: REUTERS)
Advertisement
Zionist Union MK Itzik Shmuli announced on Friday morning that he is homosexual.The young lawmaker penned a column in Yediot Aharonot reacting to the horrific stabbing spree in which six people were wounded during the Jerusalem gay pride parade on Thursday."The knife is being wielded at my community," Shmuli wrote. "We've kept silent. I've kept silent. No more.""It is impossible to remain silent because when the knife is being pressed against the entire gay and lesbian community, my community, it won't stop there," he wrote. "Now is the time to combat this great darkness.""This horrible, criminal act that took place in 'the city of God' attacks all of us. It attacks the right of all of us to be different, to make our own choices, to accept the other, and to tolerate our peers.""Israeli society is wounded," Shmuli wrote. "It has been stabbed in the stomach. It is losing compassion for other people simply because they are different. It is losing its acceptance of the other. In the name of which God did the despicable criminal ambush a group of youngsters? In the name of which religion did he pull out a knife and begin stabbing people? And stabbing some more? And more? And again?"In Israel's history, there have been just two openly gay parliamentarians - Prof. Uzi Even and Nitzan Horowitz, both of Meretz. Since their terms in office, however, a number of gay and lesbian candidates from various parties, including Likud and Yesh Atid, have sought a seat in the Knesset.Marcia Friedman served as a member of Knesset, but she revealed her sexual orientation only after leaving parliament. Even's journey was more controversial. On the day of his swearing-in, MKs from Shas, United Torah Judaism, and the National Religious Party - the forerunner to Bayit Yehudi - left the plenum in protest.Shmuli's sexuality was an open secret in the Knesset, but he chose to remain in the closet despite numerous attempts by others - particularly in the gay community - to "out" him. LGBT activists accused Shmuli of cowardice, though they did not mention him by name."Congratulations to MK Itzik Shmuli, who decided that he would no longer keep quiet," said Oded Frid, the head of a gay rights NGO. "The time has come. MKs from both within and without the community must stop keeping silent. For years, we have screamed for the help of anyone who believes in the right to equality and acceptance of those who are different."