African migrants take part in a protest against Israel's detention policy toward them
(photo credit: AMIR COHEN/REUTERS)
Advertisement
Prominent Modern Orthodox leader Rabbi Donniel Hartman on Thursday lambasted the government’s attitude to African asylum-seekers, and that of the public at large, saying the country is becoming more xenophobic despite its increasing wealth and strength.There are some 35,000 Eritreans and Sudanese in Israel, many of whom say they fled persecution in their home countries but who have not been able to secure refugee status.The government has been working for years to remove them from the country, and says it will begin deporting young single men from this community to a third country at the beginning of April.Hartman, president of the pluralistic Shalom Hartman Institute, said he could not comprehend how the acceptance rate of asylum applications from Eritrean and Sudanese asylum-seekers is practically zero in Israel, and so high in the rest of the world.In 2015, 90% of Eritrean asylum-seekers were accepted in the European Union, as were 56% of Sudanese. 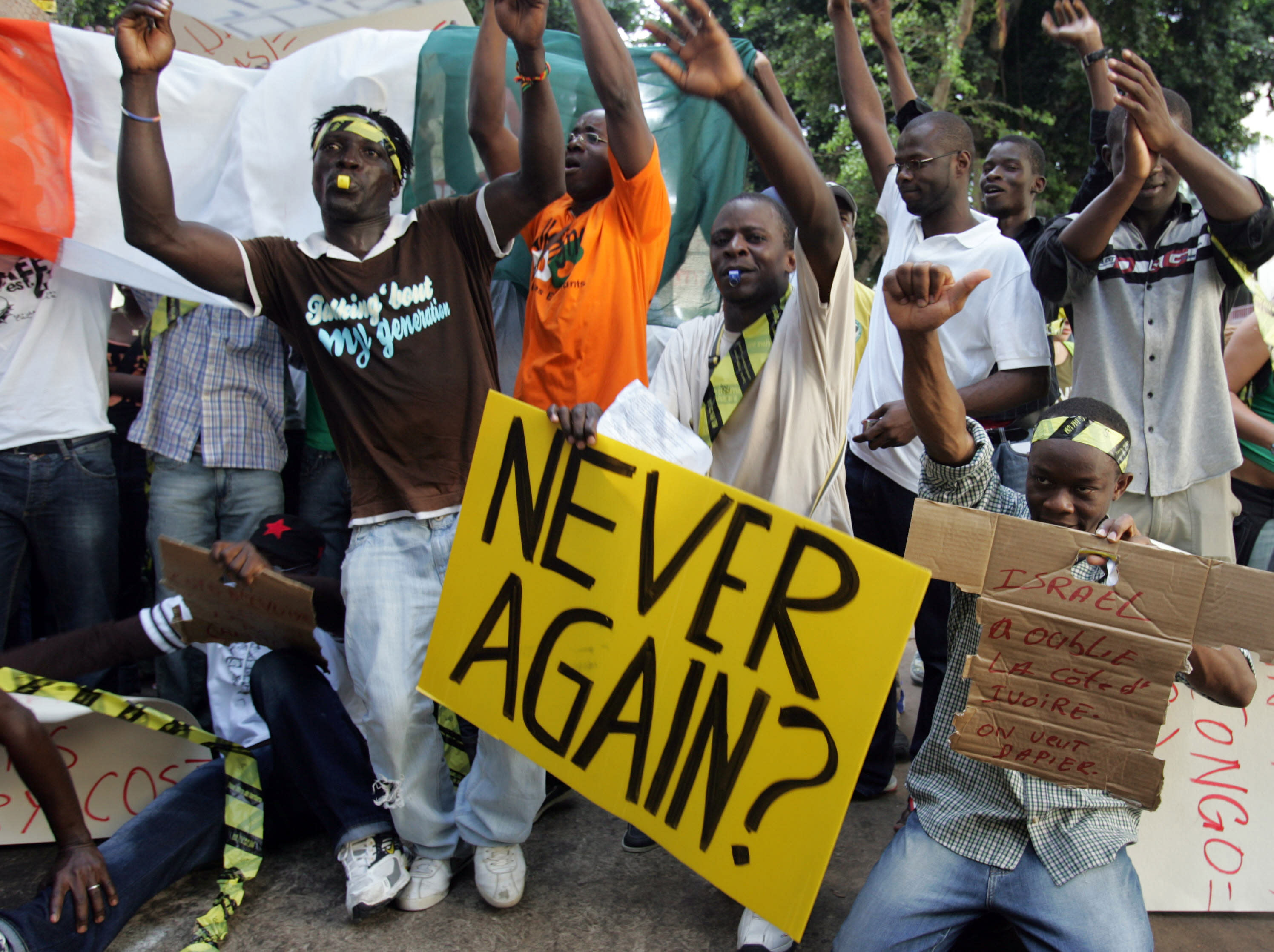 African refugees hold up placades during a demonstatration on the streets of Tel Aviv, Israel (JACK GUEZ / AFP)
“Where is the humanity, what’s the matter with us?” asked Hartman. “Where is the basic ‘derech eretz’ [decent behavior] that should define a Jewish community? This is who we’re supposed to be? The country that has the lowest level of granting refugee status?“We should be embarrassed, it’s a mark of Cain and it’s a stain on the Jewishness of Israel. We’re one of the wealthiest countries in the world. There are 60 million refugees in the world, and we can’t handle 25,000?” the rabbi continued, saying that given global acceptance rates for Eritrean and Sudanese refugees in Europe, out of the 35,000 people here, approximately 25,000 would be true refugees.Hartman said that the country had every right to reject and remove people who are not truly refugees, but that this first required “a serious assessment” which he argued has not happened.Approximately 6,500 asylum applications have been summarily rejected or closed, since the stated reason for the request was fleeing unlimited military service in Eritrea, which Israel does not recognize as a basis for refugee status, although many countries do.Another 8,500 applications have not been answered, while many others have been prevented from filing asylum applications altogether.“We are becoming a racist, xenophobic society in which the chosen-ness of Israel instead of being a mission to being a light and to treat others with justice, is becoming a rock to hide under,” Hartman said.Rabbi Benny Lau, another prominent leader of the moderate religious-Zionist community, has also expressed concern about the treatment of asylum-seekers.“The first sin is to see them as a group of 35,000. They are people, and each one has his own story. If we’re talking about people who fled the sword and need protection, then every state, and certainly the Jewish state, has to give them protection. Someone who fled from a dangerous area, there is no question at all,” said Lau.Like Hartman, Lau said that checks need to be done into who is indeed looking for a better quality of life, and who is truly a refugee.“Here the state needs to protect itself, it doesn’t need to open its gates to the open market, it doesn’t need to accept everyone who comes. We are not obligated to accept infiltrators and migrant workers,” Lau said.He pointed however to one group he said is deserving of protection, some 300 persons who came to Israel alone and as children, and have grown up in the Israeli education system and even served in the civilian service program instead of military service, since they were ineligible to serve in the army because they are not citizens.“They have no home. They aren’t looking for work, they came here as children and have no connection to Africa, no homeland, they have nowhere to go and we need to protect them,” said Lau.The rabbi said the issue reflects a struggle within Israeli society over the nature of the state, between those “who dream about a universalist state, who are happy for refugees to come,” and those who want a Jewish state and want to be careful about demographics and protect the character of the state.“Does our Jewish state hate strangers, hate aliens? It’s a very tough question. I hope that we can stand up to this challenge, and see that when someone needs something we can open the door and not close our eyes to the pain of others and we will be strong enough to open as much as possible our arms to accept people without another home.”Nevertheless, said Lau, a home “cannot lack doors, and we cannot knock down all our walls and say the house is open to anyone who wants entry.”