Excavation in the Modi'in area finds coins dating back to 126 B.C.E.

By JPOST.COM STAFF
JUNE 7, 2016 16:41
How archeologists uncover ancient coins
Advertisement
A cache of rare silver coins from the Hasmonean period, more than 2,000 years ago, has been discovered in the Modi'in area, the Israel Antiquities Authority announced Tuesday.The director of the excavation, Avraham Tendler, said "The cache may have belonged to a Jew who hid
his money in the hope of coming back to collect it, but he was unlucky and never did return."The coins from approximately 126 B.C.E. were discovered in April hidden in a rock crevice in an agricultural estate that was discovered during an excavation being carried out before construction of a new neighborhood began. 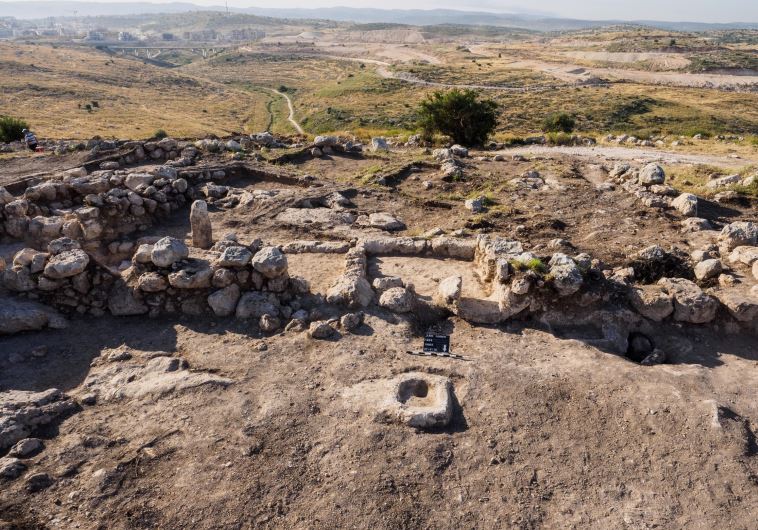 According to Tendler, evidence from the excavation shows that it was an agricultural estate established by a Jewish family during the Hasmonean period. "The family members planted olive trees and vineyards on the neighboring hills and grew grain in valleys. An industrial area that includes an olive press and storehouses where the olive oil was kept is currently being uncovered next to the estate," said Tendler. Evidence, such as ritual baths in the settlement, showed that the laws of ritual purity and impurity were followed by the Jewish inhabitants.  It is believed that the estates residents took part in the first revolt against the Romans, which started in 66 C.E. After the destruction of the Temple, in 70 CE, the estate continued its operations. "It seems that local residents did not give up hope of gaining their independence from Rome, and they were well-prepared to fight the enemy during the Bar Kokhba uprising”, said Tendler.

Abraham Tendler, the excavation director, inside a hiding refuge that was connected to a ritual bath during the Bar Kokhba uprising (Credit: IAA) Findings show large stones used to create a fortifying barrier as well as an underground tunnel system used for hiding. Found in the tunnels were more artifacts dating back to the Bar Kokhba uprising.The IAA plans to preserve the findings in an archeological park centered in the heart of the new neighborhood.