“Don’t let the enemy put you in fear. I have felt very safe here – safer, in fact, than in some places I’ve been to in the US,” says NY Jets' Austin Seferian-Jenkins.

By DAVID BRUMMER
FEBRUARY 28, 2018 13:45
Christians, including NFL players (from left) Vic Beasley, Avery Williamson and Chris Harris Jr., prepare to be baptized at Yardenit on the Jordan River.
(photo credit: COURTNEY FALLON/AMERICA’S VOICES IN ISRAEL)
Advertisement
Seven current and former National Football League stars recently visited Israel in a six-day whistle-stop tour, which included Jewish and Christian sites and meetings with Syrian wounded treated in Israel’s hospitals and with Prime Minister Benjamin Netanyahu.It is not often that one gets the opportunity to speak to top-level athletes at all, let alone predominantly ask them about their impressions of Israel – and not their prowess or latest performance on the sports field.America’s Voices in Israel in conjunction with the Jerusalem and Heritage Ministry led by Ze’ev Elkin organized the trip, which brought seven current and former NFL players to Israel for the first time. It was part of the ministry’s ongoing efforts to strengthen Jerusalem’s international image, which has also included invitations to journalists from across the globe and other influential figures, such as heads of parliament and well-known chefs.Each delegation, including that of the football players, is provided an opportunity to get to know Jerusalem from close up, walking its streets, taking in its atmosphere and finally leaving with a greater understanding of its centrality to the Jewish people.In addition, the ministry organizes several international conferences, investigating topics such as Jerusalem’s legal standing, archeology, the city’s place in history and its economic present and future.American Football in Israel commissioner Betzalel Friedman was delighted to be able to welcome the players to Israel.“It is a thrill to be able to have players playing football at the highest level come and see our country,” he said. “[This trip not only] provides them an opportunity to see that there is a passionate and knowledgeable football community outside the United States, but also to get to know real Israelis.In fact, it draws attention to football in Israel, but it can be bigger than Israel and football,” he added.At a special evening convened on the players’ behalf at the Jerusalem home of Simon and Jana Falic, many of the city’s great and the good, including the rabbi of the Kotel, Shmuel Rabinowitz, came to meet the players. US Ambassador David Friedman was in attendance and remarked how much he and the people of Israel appreciated the players coming on their visit.“Your being here helps strengthen the Israel-US relationship,” he said, “you have significant influence – you can do more than I could ever hope to do,” he exclaimed. Friedman also linked the causes of Israel and the US – in his opinion two of the world’s greatest and most robust democracies, before adding that the players were emissaries of the United States. Self-deprecatingly he opined that there were not many kids who wanted to be ambassadors when they grew up, but that lots of them would want to be professional football players. 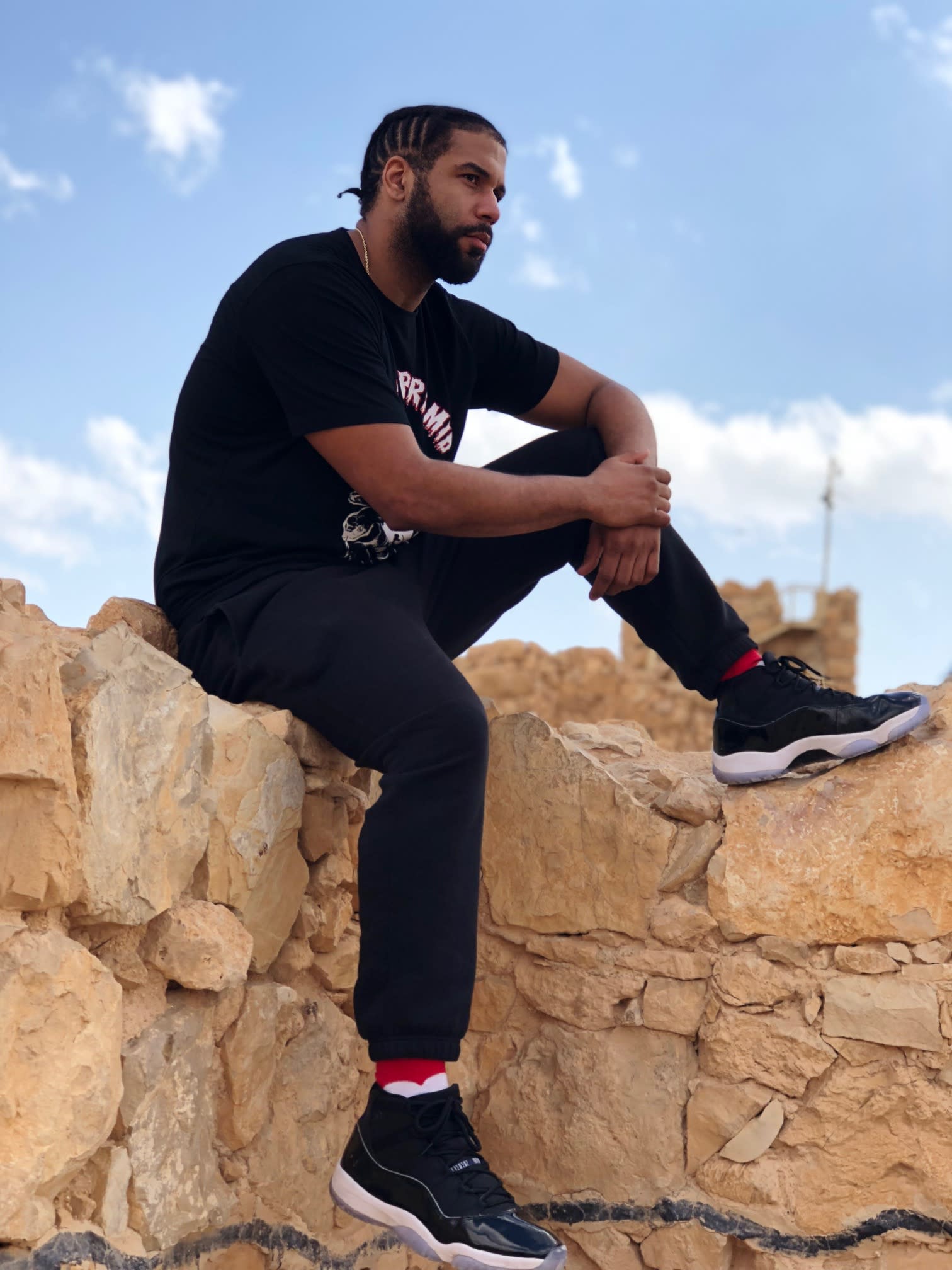 Austin Seferian-Jenkins, who currently plays as tight end for the New York Jets, left a lasting impression as a deep thinker – not just about the game, but the world beyond it. He made some headlines during the summer as he struggled with alcohol addiction, but found that being in Israel allowed him more time to continue his search for understanding, peace and serenity.“Floating in the Dead Sea and looking back up to Masada on the precipice was about as close to heaven as I have come,” he said. In the hubbub and action of the trip, it enabled Seferian-Jenkins a 25-minute window to “align mind, body and soul.I could just reflect in the moment and know that I am exactly where I am supposed to be – and forget about the world outside.”Seferian-Jenkins, who brought his mother, of Armenian descent, along with him on the trip, was impressed with how Western-looking Israel is in its outlook, and acknowledged that its close relationship – both literally and to an extent ideologically – with the United States is an important one.“Don’t let the enemy put you in fear. I have felt very safe here – safer, in fact, than in some places I’ve been to in the US,” he stated. He added that he thought the US and Israel were fighting the right fight, creating benchmarks of the “Western way” and creating moral and civil acceptance of people for who they are.Geoff Schwartz, a former offensive guard for several teams, including the New York Giants and the Kansas City Chiefs, was on the trip with his brother Mitchell – currently an offensive tackle for the Chiefs. Oh, and they happen to be the only Jewish brothers to have played in the NFL, which added an extra piquancy to their visit to Israel.The interview took place before the players had a chance to visit Yad Vashem, but in terms of the sites they had been to, Schwartz said that Friday night services at the Western Wall were a particular highlight.“I had seen photos of dignitaries at the wall, but it was much bigger than I had anticipated,” he said.“The atmosphere was pretty crazy; all those people singing, dancing and praying – it was awesome,” he added.A potentially overlooked though nevertheless important aspect of the trip was that it enabled Christian players on the delegation to visit some of Christianity’s holiest sites in the Galilee, including an opportunity to be baptized at Yardenit on the Jordan River. For Tennessee Titans linebacker Avery Williamson the whole visit was a memorable one, but for an individual trying to get closer to his faith, baptism in the Jordan River was a specific highlight.“It was a breathtaking experience and helped put things into perspective,” he relates. “Seeing where things happened – where Jesus lived with Peter [at Capernaum], the Sermon on the Mount and the Sea of Galilee, just so much history – provided me with a mystical, eerie feeling.”Williamson, who brought his sister on the visit, said that he would advocate for his friends and fellow professionals to make the long journey to Israel, saying that it would be an experience that he would recall fondly for the rest of his life. And Israel’s natural resources, as well as its heritage sites also played ball – the week that the players were in the country being one of the first of the blooming anemones in the desert and also included some heavy rainstorms.It was also important for the players, beyond their own personal journeys and experiences in Israel, to meet with children and fans. Asked about a piece of advice that they had been given when starting out, each of the players agreed about the need to respect the game and ensure that one works hard and takes personal responsibility to get the most out of their talent. Seferian- Jenkins initially spoke about the need to have fun, whether it be catching a ball, running in for a touchdown or trying to knock an opponent down. He was very clear about getting out of the game what you put in – including the enjoyment – because an athlete may not always be able to determine how they leave the game.His parting words were as apt for football as they were to describe the players’ visit to Israel: “Stand up for something.”This article was written in cooperation with the Jerusalem Affairs and Heritage Ministry.