Capt. Moshe Taranto was killed dealing with a Gazan tunnel; Since then, his commanding officer and family have formed a unique bond. 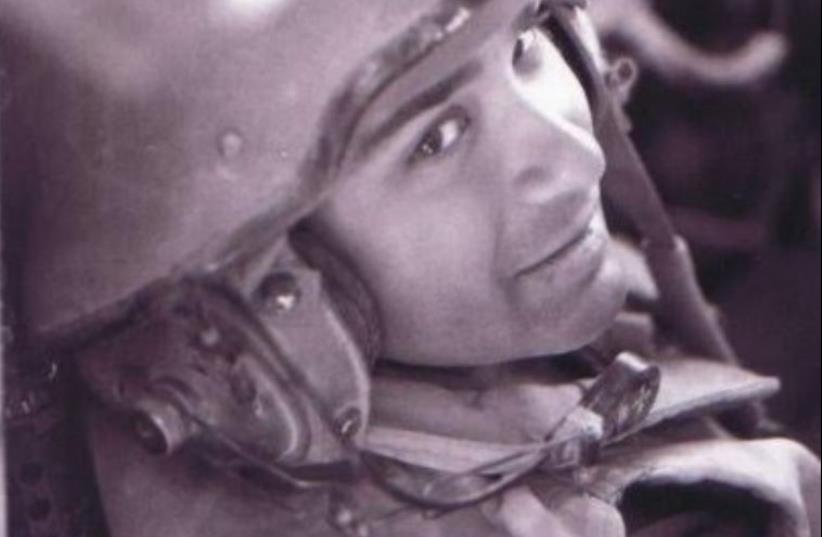 Moshe Taranto, 23, was a pioneer in anti-tunnel warfare.
(photo credit: IDF SPOKESMAN’S UNIT)
Advertisement
In 2004, the IDF encountered a new threat in the Gaza Strip – terror tunnels. These were the days before Israel’s withdrawal from Gaza and Col. Ido Mizrachi was stationed along the Philadelphia Corridor, the small strip of land between Gaza and Egypt, lined with tunnels used to smuggle weapons and contraband into Gaza. Gazan terrorists were regularly digging tunnels under IDF positions and detonating explosives, often with deadly consequences. So the Engineering Corps set up a tunnels team that operated under the Gaza Division and Yahalom, the Engineering Corps’ elite commando unit. Capt. Moshe Taranto had become the Division’s “tunnels officer” after his predecessor had been killed when his armored personnel carrier was hit by an RPG.Despite the loss of his friend, Taranto was focused on carrying out his mission – uncovering tunnels and destroying them before they could be used to attack IDF positions in the Strip. On November 29, he led a team of soldiers to dig up a bomb tunnel that had been used to kill an Engineering Corps non-commissioned officer.“They carried out a very large dig to locate the tunnel, and found it,” Mizrachi recalled recently. Taranto led his soldiers into the tunnel, but after about 10 minutes, when they were about five meters underground, the digging site suddenly collapsed. “Part of the ground collapsed,” Mizrachi recalled. “I heard calls for help... most of the people managed to rescue themselves; Moshe was the only one we could not pull out. We searched for him underground, trying to find him, as the ground collapsed around us. We kept trying to find him.”After several minutes, Mizrachi finally managed to find Taranto and pulled him back to the surface. It was too late. “I held him in my hands and hugged him,” said Mizrachi, today the Central Command’s Chief Engineering Officer.“As an officer, I remember Taranto as a very special person – his personality, the way he accepted every mission, complex or simple, dangerous or not, with a smile. He was a very pleasant person, quiet and professional. His comments were very clear and to the point. His soldiers loved him very much,” Mizrachi recalled.Mizrachi said he did not know Taranto very well during his life, “but I wanted to meet his family. From the first minute of the funeral, to the Remembrance Days that followed, and to the time that I commanded the Yahalom unit, my connection with the family kept getting closer,” he said.Mizrachi and Taranto’s family now keep in close touch, and have formed a bond that Mizrachi described as remarkable. “The way they have dealt with their loss is difficult to grasp. Usually, we go to bereaved families to offer them strength. Here, I came out strengthened by them,” he said. “Since reality forced us to meet, as a commander, they have given me a lot of power to continue.” Moshe’s younger brother and sister joined the IDF Engineering Corps years later, and both came under Mizrachi’s command. Sivan, the fallen soldier’s sister, joined the bomb disposal unit, and attended the Engineering School, while Yakir, the younger brother, also served under Mizrachi’s command.Twelve years before the IDF found its latest tunnel in recent days on the border with Gaza, Taranto was one of the first to take on the threat, and the challenge has since become technological, Mizrachi noted.“Tunnel warfare is getting more advanced. In Operation Protective Edge, the IDF dealt with different kinds of tunnels from the ones we dealt with in 2004. Hamas is investing most of its efforts in this, in response to our absolute over ground superiority,” he said. “They will get more sophisticated, and we will need to do the same.”Ida Taranto, the mother of the late soldier, said Taranto was too modest to tell her about his citation for being an outstanding soldier. “When we arrived at his awards ceremony, and saw him being cited, there is nothing more moving for a mother,” she said. “He received the outstanding soldier of the unit award. This is our pride.”After Taranto was killed, she recalled, the family came to regard Mizrachi as one of its sons.“I have a big family – it is the Engineering Corps and the Yahalom unit,” Ida said. “They are part of our family. Ido [Mizrachi] is like a son to me. I know him now as a human being, not only a commander. We have an open home to the entire unit.”Ida, who works in a defense company, closely follows developments on tunnels, and has forged connections between Yahalom officers and engineers from her company.“I became familiar with the issue, and follow every new development,” she said. “Israel has been dealing with tunnels for 15 years. I hope that we will be able to put an end to them.”