Report: Next IDF chief of staff has been selected

Current IDF Chief of Staff Lt.-Gen. Gadi Eisenkot is set to step down from his role in less than six months. 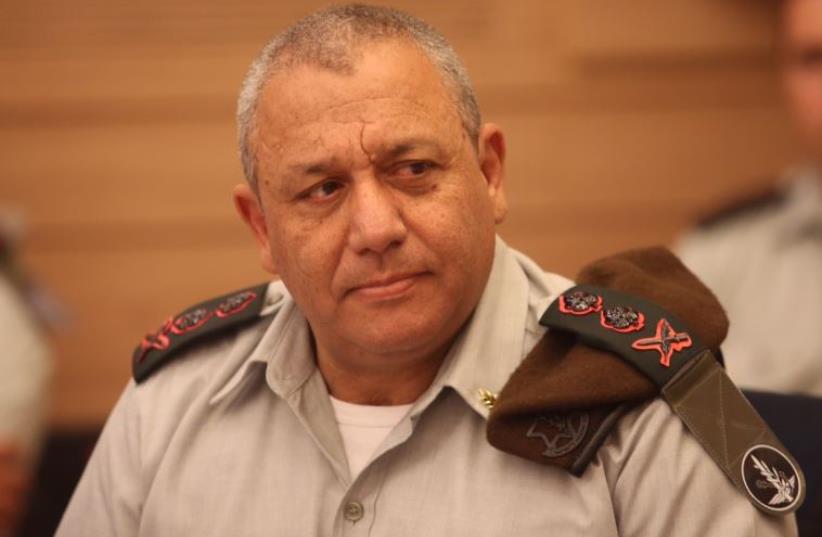 IDF chief of staff Lt.-Gen. Gadi Eisenkot appears at a hearing of the Knesset Foreign Affairs and Defense Committee
(photo credit: MARC ISRAEL SELLEM)
Advertisement
The choice of the next IDF chief of staff, along with his deputy, has reportedly already been made despite petitions to the High Court of Justice questioning the eligibility of two members of the vetting committee.“I have already decided who I will recommend to be the next chief of staff, and I also decided who will be his deputy,” Defense Minister Avigdor Liberman said in an interview with Yediot Aharonot.Current IDF Chief of Staff Lt.-Gen. Gadi Eisenkot is set to step down from his role at the beginning of 2019 after serving four years as the IDF’s top officer.Among the candidates to succeed him are his deputy, Maj.-Gen. Aviv Kochavi, former deputy chief of staff Maj.-Gen. Yair Golan, head of operations directorate Maj.-Gen. Nitzan Alon and former head of the Southern Command, Maj.-Gen. Eyal Zamir.While the identity of the top candidates for IDF chief of staff has yet to be revealed publicly, Kochavi is seen as the front-runner.
Gadi Eizenkot visits Gaza border troops August 26, 2018. (IDF Spokesperson"s Unit)
“All the candidates have advantages and disadvantages,” the defense minister was quoted by Yediot as saying. “I have been looking for a person who will talk to me in terms of decisiveness and victory. In meetings with military people I hear too many phrases like ‘political arena’ and ‘legal implications.’ The most important value in my view is victory, not explanations.”The selection process, which is based on recommendations by the military advocate general, consists of six stages with Liberman interviewing each candidate and consulting with Eisenkot and former senior officials such as prime ministers, defense ministers, chiefs of staff and others.Earlier in August, a report on Hadashot news said that the decision to announce Eisenkot’s replacement would be delayed due to legal appeals against the eligibility of two committee members vetting candidates who are accused of having a close relationship with Prime Minister Benjamin Netanyahu.Petitions are reported to have been filed against committee members Yaakov Nagel and Iris Stark due to possible conflicts of interests. The Supreme Court hearings against Nagel – a former national security adviser to Netanyahu – and Stark – former chairwoman of the directorate of the Ashdod Port – will likely begin next month.If the Supreme Court rules in favor of the petitioners, there could be further delays to the appointments to find replacements for Nagel and Stark.