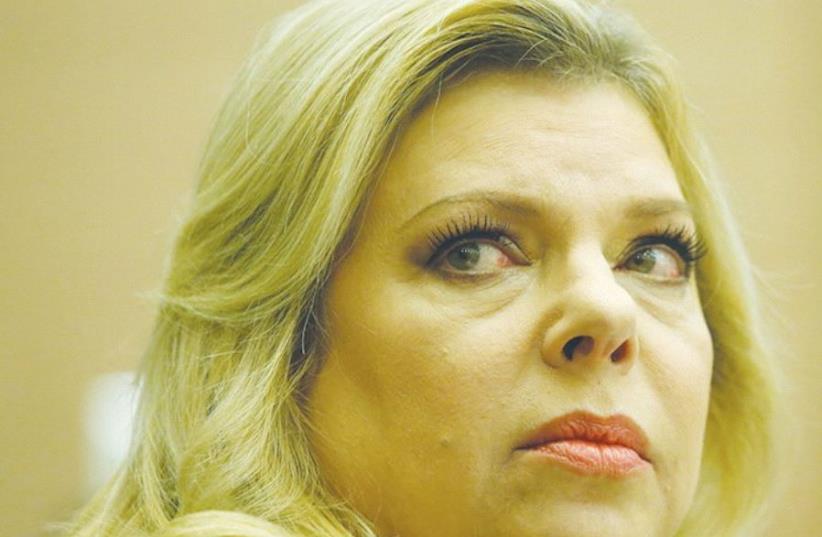 Sara Netanyahu
(photo credit: MARC ISRAEL SELLEM)
Advertisement
Police questioned Sara Netanyahu over suspicions that she illegally employed former media adviser-turned state witness Nir Hefetz for two years without payment, Channel 2 News reported on Friday.Police reportedly questioned her on this matter several months ago as part of Case 4000, also known as the Bezeq-Walla Affair. The case involves allegations that Prime Minister Benjamin Netanyahu ordered preferential treatment for Bezeq in exchange for positive media coverage by the Walla media outlet. Tycoon Shaul Elovitch owns both companies.Israeli daily Haaretz reported that Sara Netanyahu is suspected of having pretended to pay Hefetz out of her own pocket while he continued working for free from 2014 to 2015, after it was made clear to the Netanyahu family that they must pay Hefetz.It is illegal for ministers to accept gifts or benefits unless the comptroller grants them an exemption. According to Haaretz, the prime minister requested approval for Hefetz’s free services several times but was denied.According to the Channel 2 report, Hefetz testified to the police that he had been willing to work for free on the condition that the Netanyahu family make sure that his employment is legal. Hefetz discussed the matter with the family’s attorney, David Shimron, who told him that he had checked with the State Comptroller, and that the Netanyahus could make a donation to an NGO instead of paying Hefetz.According to Channel 2, no such donation was made.A close associate of the Netanyahu family said in response to the report that the comptroller has said that Hefetz must issue an invoice at an acceptable rate. In her police investigation, Sara Netanyahu said that Hefetz was the one who asked to work for free, and that he was the one who appealed to the comptroller on the matter; as soon as the comptroller said he must be paid for his work, she said, a payment was made.A spokesperson for the Netanyahu family dismissed the report as “nonsense.”“One can only hope that when the truth becomes clear, the media will report it and not bury it along with other fabricated stories,” the spokesperson said.Two weeks ago, a senior police official told the Tel Aviv Magistrate’s Court that Sara Netanyahu was suspected of bribery in Case 4000 and police later leaked that their son Yair was also a suspect.Police are investigating whether Sara and Yair acted as Netanyahu’s emissaries to Elovitch, his wife, Iris, and Walla’s then-director-general Ilan Yehoshua to persuade them to have Walla favor the prime minister.The Netanyahu family spokesperson denied the allegations.Gil Hoffman and Yonah Jeremy Bob contributed to this report.