The four individuals arrested and questioned on Monday are suspected of committing a litany of offenses centered around alleged illegal real estate deals. 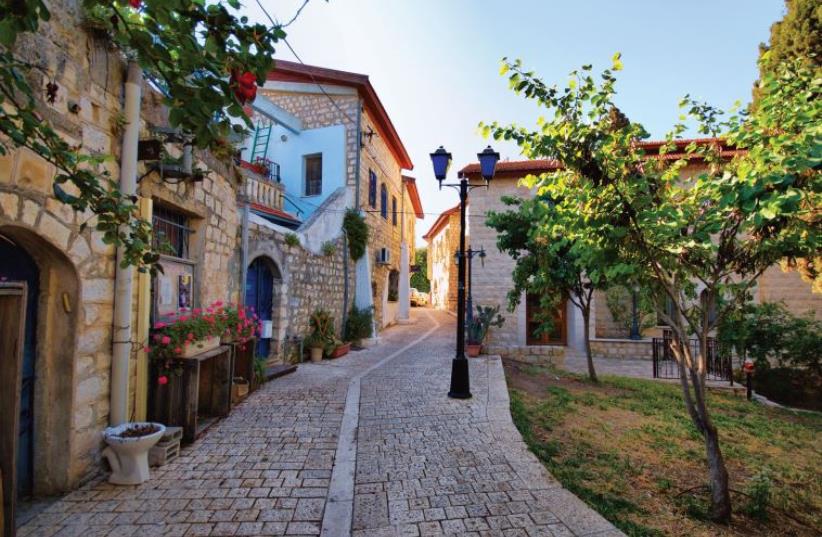 Inside the Old City of Safed
(photo credit: SAFED MUNICIPALITY)
Advertisement
Police raided Safed City Hall and detained four suspects, including Safed Mayor Ilan Shohat, on Monday morning in an ongoing bribery and fraud investigation regarding real estate deals conducted with the Safed Municipality.Shohat, 44, has been the mayor of Safed since 2008 and is suspected of bribery, corruption and tax evasion, among others allegations, in six separate police investigations against him. The mayor’s remand was extended by three days in the Haifa Magistrate’s Court on Monday.According to police, Shohat is suspected of receiving bribes totaling tens to hundreds of thousands of shekels from businesspeople seeking to promote their interests.Police argued for extending Shohat’s remand on the basis that releasing the mayor could disrupt the investigation. Shohat’s assistant, Gil Adler, 38, was also arrested, and his remand was similarly extended until Thursday.Shohat’s lawyer, Ruth Litvak, argued against the request to extend the mayor’s remand, saying, “The only reason [for detention] is that it is convenient for the police, and will break his spirit.Beyond that, he is the mayor, he has a family and lacks a criminal records. A remand is hard for him to bear.”Judge Ziv Ariely ruled in favor of the police, however, saying that they had collected “a great deal of material” to substantiate their suspicions, adding that Shohat may have previously acted to disrupt the investigation. “The fear of disruption is real because many witnesses need to be investigated, and the extent of the suspect’s potential impact on them cannot be ignored,” Ariely was quoted as saying by Israeli news website Ynet.According to police, arrests in the investigation termed Case 1431 resulted from an extensive undercover investigation conducted by the Lahav 433 National Fraud Unit and the Israel Tax Authority, with assistance from the northern District Attorney’s Office. The four individuals arrested and questioned on Monday are suspected of committing a litany of offenses centered around alleged illegal real estate deals.As part of the investigation, police searched the Safed City Hall and Shohat’s home, seizing a number of documents and materials.Shohat is a member of the Yisrael Beytenu Party and won a Knesset seat in 2015, but he declined to take it, opting to remain mayor of Safed.