‘Secrets did not die’ with former PM adviser

Netanyahu and his wife, Sara, tended to send Segal to defend them on television whenever scandals broke. 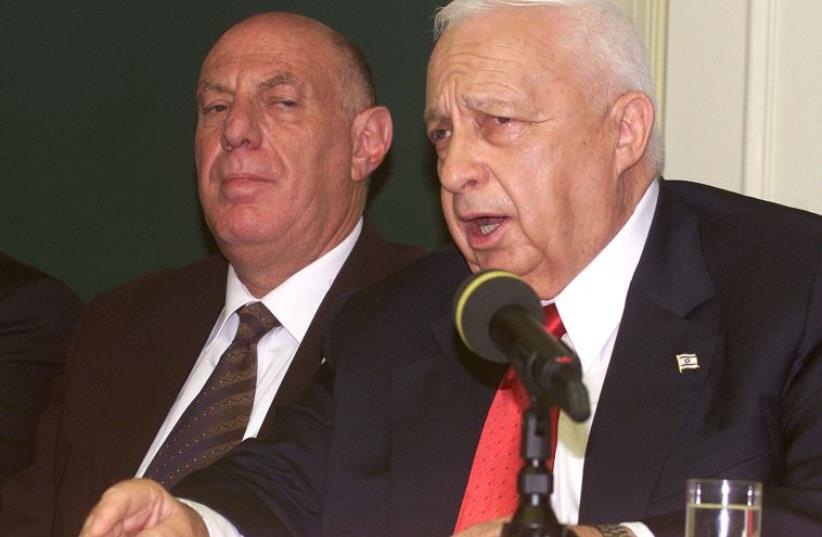 Dov Weisglass (L) looks on as former prime minister Ariel Sharon speaks at the Madison Hotel in Washington in 2002
(photo credit: REUTERS)
Advertisement
Strategist and journalist Shaya Segal was buried on Wednesday at Tel Aviv’s Yarkon Cemetery, but the secrets he was exposed to as a close adviser to prime ministers Benjamin Netanyahu and Ariel Sharon will live on, sources close to him said on Wednesday.Segal started his career as a journalist who was the first in the world to interview Egyptian president Hosni Mubarak following the assassination of his predecessor, Anwar Sadat, in 1981.Later in life, he became a strategic adviser to Sharon, ministers Benjamin Ben-Eliezer and David Levy, and finally Netanyahu when he was finance minister, opposition leader, and prime minister.Netanyahu and his wife, Sara, tended to send Segal to defend them on television whenever scandals broke. He was exposed to the intricacies of what has happened in the Prime Minister’s Office and residence and recently testified to police about what he saw for the investigation into expensive gifts received by the Netanyahus.Until days before his death from cancer on Tuesday, aged 66, Segal worked together with former Maariv political correspondent Mazal Mualem on a biography of Netanyahu that he intended to be the primary historical book about the prime minister. Netanyahu visited Segal at his home in Azor two weeks ago and spoke to him on the phone a week ago, leading to speculation that he asked Segal to not publish the book.But sources close to Segal said on Wednesday that the book would indeed come out and would serve as “his will” that he would bequeath to the state. The sources said the book would include everything Segal wanted published, “would be a serious project and not gossip,” and that “no secrets would die with him.”In recent years, relations between Netanyahu and Segal worsened, according to Maariv journalist Ben Caspit, who has written repeatedly that the prime minister did not pay Segal for his work. But sources close to Netanyahu said they departed on good terms.Netanyahu released a statement saying that he and Sara offered condolences to the family of Segal, who left behind a wife and three children.“Shaya was a professional journalist and a Zionist who loved Israel and its people,” the statement said. “I saw his talents and his greatness during the years we worked together.Shaya never sacrificed his principles to passing fads and always remained loyal to the nation’s ideals.”