Shas Deputy J’lem mayor: I will not allow Conservative synagogue take over

“It doesn’t matter what community it is. If you have a synagogue no one will take it from you by force. Who has heard of such a thing?” 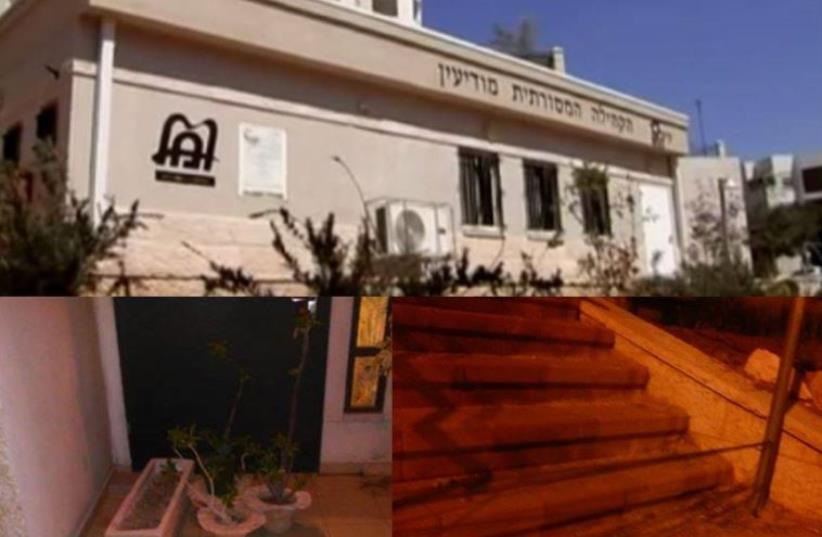 Masorti synagogue in Modi'in with obstacles placed at entrance.
(photo credit: THE MASORTI MOVEMENT IN ISRAEL)
Advertisement
The head of the Shas Party in the Jerusalem Municipal Council and Deputy Mayor Tzvika Cohen has said that he will not allow any forcible takeover of a Masorti (Conservative) synagogue in the capital’s Ramot neighborhood.Speaking to The Jerusalem Post on Monday, Cohen said that “regardless of reports,” there was no attempt by Shas to take control over the synagogue and that he would oppose any such effort.A recent report in the local Yediot Yerushalayim newspaper suggested that there was an effort afoot by Shas to take control of the synagogue built by the Yaar Ramot Masorti congregation, as well as the building used by the Hayovel Congregation in Kiryat Hayovel.The land usage allocations given by the Jerusalem Municipal Authority to both congregations for the purposes of a building a synagogue have recently expired and are now up for renewal.According to the reports “ultra-Orthodox elements” in Ramot sought to take advantage of the fact that the land usage rights had expired and have the property transferred over to an ultra-Orthodox congregation or organization.Cohen denied these allegations.“We are not taking control over anyone and we don’t want to take control over anyone,” he told the Post. “It doesn’t matter what community it is. If you have a synagogue no one will take it from you by force. Who has heard of such a thing? I at least do not intend to enable such a thing. I will not enable [anyone] to come and take something by force from others.”Haim Cohen, another member of the Jerusalem Municipal Council for Shas and the head of the council’s Allocations Committee, was more evasive, but stated that the matter of renewing the synagogue’s land use allocation was not scheduled to come before his committee.“When it comes to a debate it will come for debate, and the committee will decide what it decides,” he said enigmatically. “In the meantime, I am not aware that it supposes to come up for debate. I can deal with something that comes to my table. It hasn’t got to my table. Is it on the way to my table? It’s also not on the way to my table.”The Post understands that the Yaar Ramot synagogue has submitted a request for the renewal of the land use allocation, and relevant documentation filed.Municipal Council member Yosi Havilio, who heads the Saving Jerusalem Party and has provided assistance to the Yaar Ramot and Hayovel Masorti congregations, welcomed Tzvika Cohen’s comments.He added that he had received guarantees from Mayor Moshe Lion that the two Masorti congregations would not be harmed when he brought the issue to the attention of the mayor recently.Director of the Masorti movement in Israel Dr. Yizhar Hess said that “We are not looking for confrontation, and we do not know who is looking to create headlines at our expense or in whose political interest this serves. However, anyone who seeks to remove us from buildings that were legally allocated to us will get an unprecedented struggle, including appeals to the courts. Jerusalem needs to take pride in its diversity and anyone who tries to coercively create one character in the city harms its status