Razia Gershon created the sculpture that was placed alongside busts of all the former presidents.

By GREER FAY CASHMAN
The presidential bust of Shimon Peres, sculpted by Razia Gershon
(photo credit: Mark Neiman/GPO)
Advertisement
Just over six months after he left office, the bust of the country’s ninth president Shimon Peres was on Sunday placed alongside those of his predecessors in the garden of the President’s Residence.Peres might have preferred not to have his likeness permanently installed alongside that of Moshe Katsav, but he has no control over chronology, and Katsav who is currently serving a prison sentence for rape and has been accused of other sexual offenses, was the president directly ahead of Peres.Actually, Peres lost out to Katsav the first time that he ran for president.After Peres took office, he received many requests to remove the bust of Katsav from the grounds, but he refused saying that one cannot change history, and it was an historical fact that Moshe Katsav had been Israel’s eighth president.There is no uniformity in the busts of the presidents.They are not all cast in the same material, nor are they all the same size nor for that matter were they created by the same sculptors.Katzav was the first to have his bust mounted on a stand, which put him figuratively head and shoulders above his predecessors.Sculptress Razia Gershon, a former dancer who specializes in bronze sculptures, also mounted Peres’s bust on stand which places him significantly higher than Katzav, not only because the stand is higher, but because the bust itself is much bigger. In fact it is one of the largest of the presidential busts. 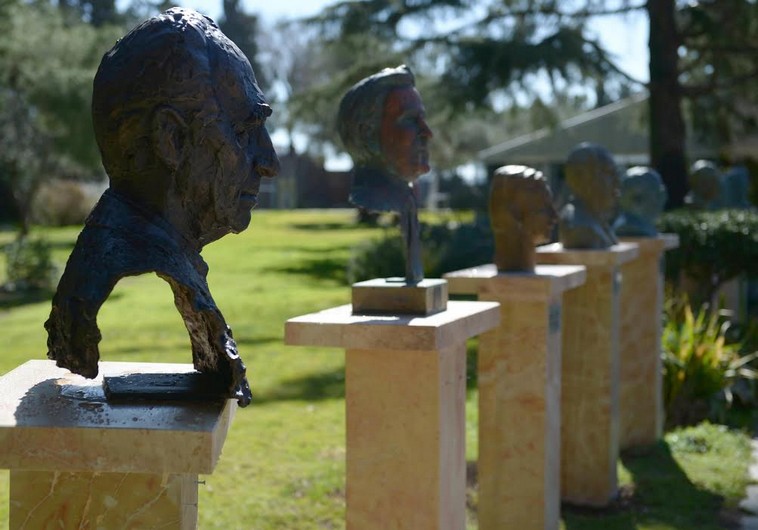