Shmuli, Margi to be given award for their works as MKs

The award is given annually to an MK from the coalition and an MK from the opposition who the institute believes took action to strengthen Israeli democracy and improve the Knesset’s image. 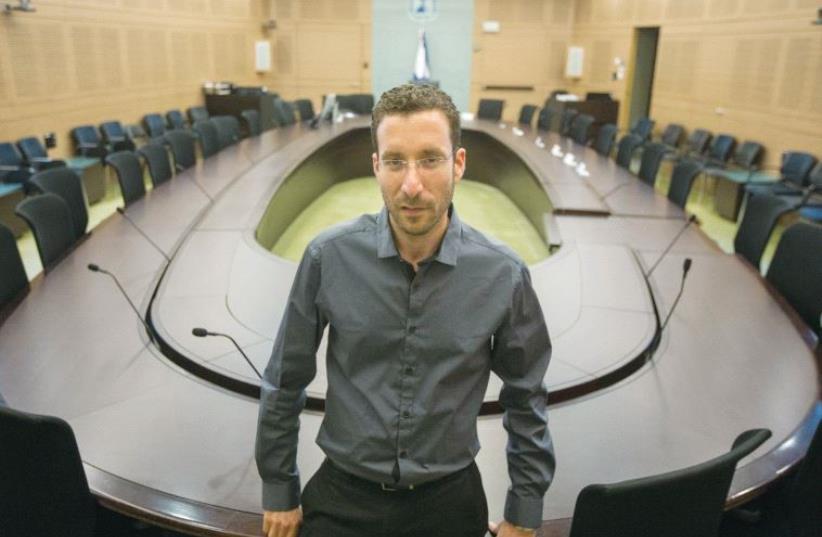 Zionist Union MK Itzik Shmuli
(photo credit: MARC ISRAEL SELLEM)
Advertisement
The Israel Democracy Institute presented its 2018 Outstanding Parliamentarian Award to Shas’s Yaakov Margi and the Zionist Union’s Itzik Shmuli at a ceremony at the Knesset on Tuesday.The award is given annually to an MK from the coalition and an MK from the opposition who the institute believes took action to strengthen Israeli democracy, improve the Knesset’s image and represent the public well. IDI officials said Shmuli had been a candidate for the award in past years.Shmuli was chosen for the 2018 award because of his parliamentary work focusing on socioeconomic issues, such as integrating people with disabilities into the work force and expanding the support given to the disabled, children with cancer, and elderly people, especially survivors of the Holocaust. He is a member of six Knesset committees and heads a subcommittee on the treatment of animals.“His parliamentary work is energized, using parliamentary tools for proper oversight over the government, attending Knesset committee meetings, asking ministers parliamentary queries, and legislating bills that help the public,” according to a statement signed by IDI president Yohanan Plesner and the members of the committee that selected the winners.Shmuli thanked IDI for selecting him, calling it a big honor and an order that obligates him to continue working hard in the future.“At a time when there are those who trying to erode the power of Israeli democracy, I appreciate that the IDI is standing guard and trying to keep our elected officials on the right path,” Shmuli said.Margi, who heads the Knesset Education, Culture and Sports Committee, was chosen, because he used the committee to oversee the work of the government and ensure it would be effective. IDI officials said Margi was especially proactive when it came to issues like payments of parents to schools, discrimination against Ethiopian pupils, and reform the special education system. He is also a member of seven other committees.Education Minister Naftali Bennett praised Margi on Twitter for receiving the award, even though Margi is often critical of Bennett and his policies.“Margi’s devotion as Education Committee chairman, his attention to detail, his professionalism, and his big heart enable him to make a huge contribution to education and the future of Israeli children,” Bennett wrote.Shas leader Arye Deri praised Margi for “fighting discrimination and poverty with professionalism and grace.”The annual award went to Roy Folkman (Kulanu) and Karin Elharar (Yesh Atid) last year, and Moshe Gafni (United Torah Judaism) and Ayelet Nahmias-Verbin (Zionist Union) in 2016.