Rishon is the only Israeli team still playing in continental competition, with both Maccabi Tel Aviv and Hapoel Jerusalem suffering disappointing exits in the Euroleague and Eurocup. 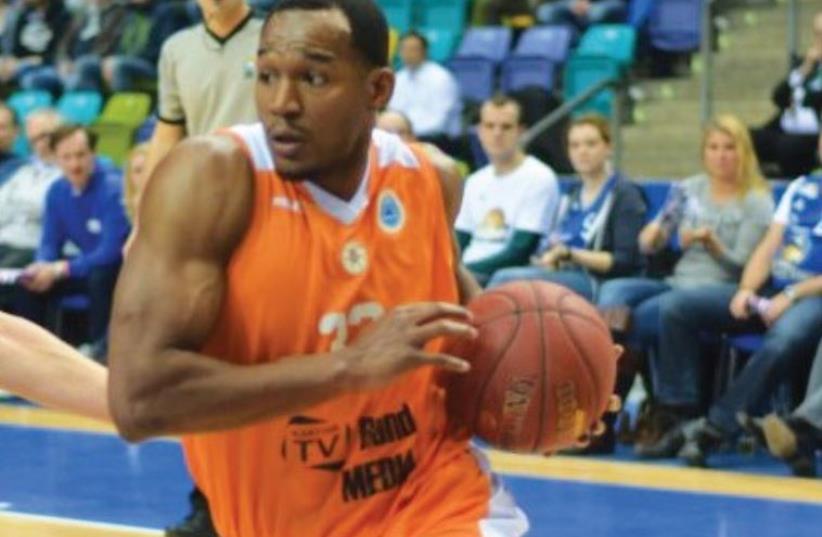 Maccabi Rishon Lezion forward Chris Wright
(photo credit: FRAPORT SKYLINERS / COURTESY)
Advertisement
Maccabi Rishon Lezion faces an uphill battle to extend its Europe Cup campaign after being outplayed by Skyliners Frankfurt in Game 1 of their best-of-three series on Wednesday, losing 92-57 in Germany.Rishon is the only Israeli team still playing in continental competition, with both Maccabi Tel Aviv and Hapoel Jerusalem suffering disappointing exits in the Euroleague and Eurocup.While Rishon did well to reach the last eight, it discovered on Wednesday that overcoming Frankfurt presents a challenge of a completely different magnitude.The Germans improved to 15-0 in the competition this season, opening a double-digit gap at the start of the second quarter and maintaining complete control until the final buzzer.Darryl Monroe was Rishon’s only player in double figures with 15 points. Johannes Voigtmann led five Frankfurt players in double figures with 16 points.Rishon hosts Game 2 next Wednesday, with a decisive third game to be held in Frankfurt the following week, should it be necessary.Euroleague reveals additional competition tweaks The sweeping changes to European club competitions next season continue to take shape. The Euroleague announced that the Adriatic League, German League, Spanish League and the VTB United League (the Russian league together with selected teams from Eastern Europe and Northern Europe) will each receive one direct B Licence access to the competition next season and will join the 11 A Licence clubs (Anadolu Efes Istanbul, CSKA Moscow, Olimpia Milano, FC Barcelona, Fenerbahce Istanbul, Laboral Kutxa Vitoria, Maccabi Tel Aviv, Olympiacos Piraeus, Panathinaikos Athens, Real Madrid and Zalgiris Kaunas), as well as the Eurocup champion.Euroleague Basketball also revealed that for the Eurocup, the same four domestic leagues would earn at least three spots each in the competition. The domestic league agreements would be valid for four seasons.The rest of the available spots will be completed through individual agreements with clubs coming from France, Greece, Italy, Lithuania and Turkey, among others. Israel was not mentioned.After playing in the Eurocup in each of the past seven seasons, Hapoel Jerusalem is set to take part in a new continental competition in 2016/17, with FIBA to launch its Basketball Champions League. With the Euroleague to change its format next season to include only 16 teams, Jerusalem understands it is unlikely to be offered a place in the competition any time soon, and while another season in the Eurocup remains a possibility, it is seriously considering joining FIBA’s new venture, which suffered a blow following the Euroleague’s agreement with the Adriatic League, German League, Spanish League and VTB.