How do you say slam dunk in Hebrew? 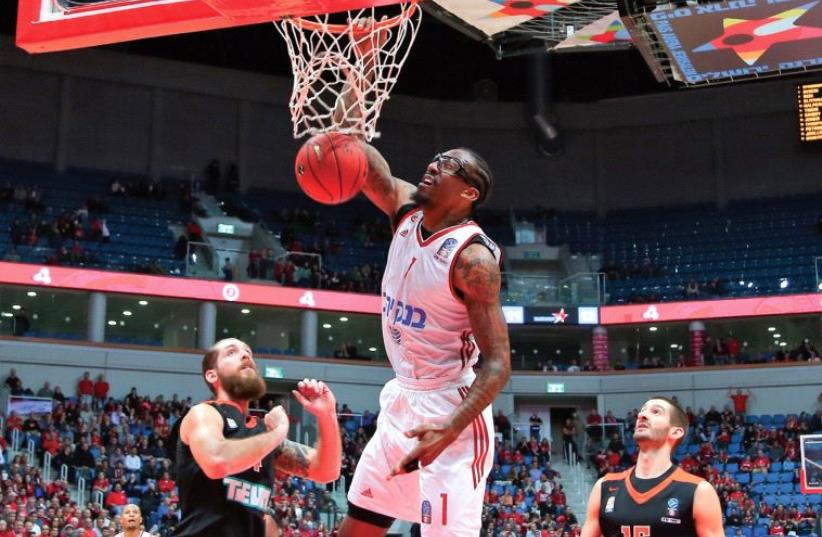 Hapoel Jerusalem center Amar’e Stoudemire dunks
(photo credit: DANNY MARON)
Advertisement
Six-time NBA All-Star Amar’e Stoudemire may soon be able to add another skill to his impressive resume: Hebrew. The 34-year-old basketball player, who moved to Israel after signing a two-year deal with the Israeli basketball team Hapoel Jerusalem in August, is now learning the aleph-bet, the Hebrew alphabet.Stoudemire —who isn’t Jewish but identifies with the Hebrew Israelites, African-Americans who believe they are connected to the biblical Israelites — shared a photo of himself on Twitter studying Hebrew. A menorah graces the table where he is studying.


Stoudemire has raved about his “adopted homeland.”
Former NBA star Amar"e Stoudemire moves his basketball career to Israel with Hapoel Jerusalem , Aug. 2016 (REUTERS)
“I’ve never felt more at home, more tied to a place where I’m playing,” Stoudemire told a Sports Illustrated reporter in January over a Hanukkah meal in his Jerusalem home, which is located just blocks away from Prime Minister Benjamin Netanyahu’s residence.The basketball star’s time in Israel hasn’t been without controversy. In March, just two days after being honored in Israel with the Martin Luther King Jr. Award for his philanthropy and leadership in building bridges among communities, he was caught on tape making homophobic comments, saying he would “shower across the street” and “take a different route to the gym” if he had a gay teammate.He later apologized for the remarks, saying they were meant to be “taken as jokes.”