Should Blatt sign with the Kings he would team-up with Israeli forward Omri Casspi. 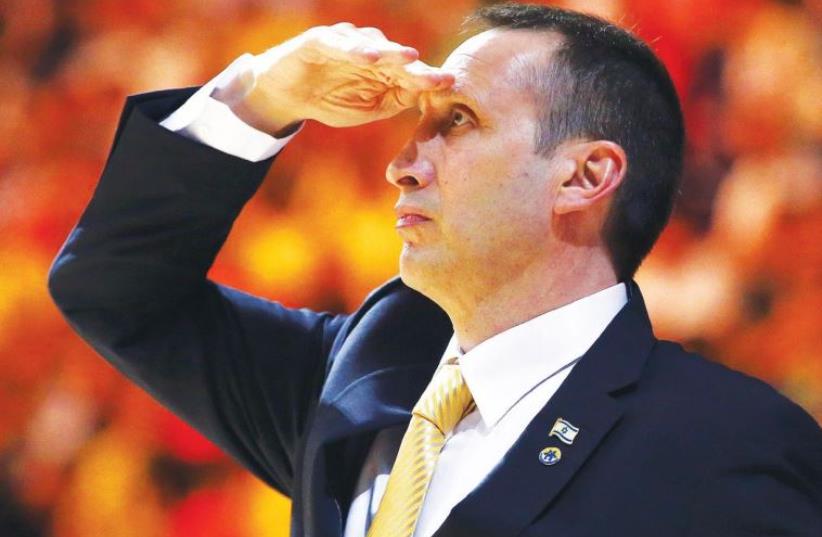 David Blatt is still licking his wounds after being fired by the Cleveland Cavaliers last week, but his next job in the NBA could be just beyond the horizon.
(photo credit: REUTERS)
Advertisement
After interviewing with the New York Knicks last week, David Blatt is also being considered for the head coaching position at the Sacramento Kings.According to ESPN.com senior NBA writer Marc Stein, Blatt will be interviewed by the Kings early this week. The Kings have already completed interviews with former Minnesota Timberwolves and Toronto Raptors coach Sam Mitchell, former Los Angeles Clippers and Chicago Bulls coach Vinny Del Negro and former New York Knicks and Atlanta Hawks coach Mike Woodson as they search for George Karl's replacement.Should Blatt sign with the Kings he would team-up with Israeli forward Omri Casspi.Blatt met Knicks president Phil Jackson last Monday to discuss the team's head-coaching vacancy and The New York Post reported on Sunday that he is "still is in the mix" for the head job, although interim coach Kurt Rambis remains the favorite to be handed the position on a full-time basis. Knicks general manager Steve Mills was a teammate of Blatt's at Princeton.Blatt guided the Cleveland Cavaliers to the NBA Finals last year before being surprisingly sacked in January with the Cavs leading the East at 30-11. Blatt led the Cavaliers to a 53-29 record in his first season with the team in 2014/15 and had a winning percentage of 0.732 in his 1½ seasons in Cleveland.According to a report on SportsNet New York, Jackson was beyond "impressed" with Blatt's "intelligence level" in their meeting and a deal "is close." Rambis guided the Knicks to a modest 9-19 record to end the season after taking over for the fired Derek Fisher on February 8. "Kurt and I have a relationship that goes back to 2001," Jackson said. "He knows the ins and outs, what pleases me and [what] probably I want to have changed." Tyronn Lue, who worked as an assistant to Blatt before replacing him in Cleveland, said his former boss "definitely deserves another chance." "I thought Coach Blatt did a great and phenomenal job here," noted Lue. "He taught me a lot. Just being friends with him and getting a chance to understand him was great for me. I know a lot of guys around here, we talked about it the other day, they miss him and his presence. I would just like to just keep, stay in contact with him. Hopefully, he gets another job in this league because he deserves it."