Multiple world record holders and Olympic champions will compete in the event which is taking place in Israel for the first time. 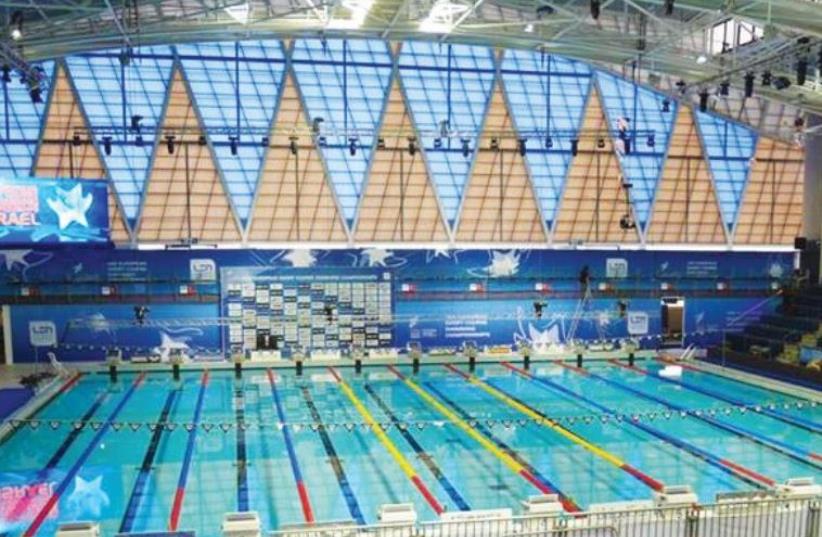 The main pool at the Wingate Institute in Netanya is ready for today’s start of the European Short Course Swimming Championships.
(photo credit: ISRAEL SWIMMING ASSOCIATION)
Advertisement
The European Short Course Swimming Championships get under way at the Wingate Institute in Netanya on Wednesday.Multiple world record holders and Olympic champions will compete in the event which is taking place in Israel for the first time, with over 600 swimmers from 47 countries to participate over the five days of the championships.Israeli swimming has never hosted an event of such a magnitude, with the budget of the championships estimated at NIS 11 million. Prize money of 280,000 euros will be handed out to the winners.A special stand seating 1,000 fans has been erected for the championships, with total attendance to reach 2,500.Among the illustrious names competing in the event will be current and former world champions and world record holders, including Adam Peaty of Great Britain, Katinka Hosszu of Hungary, Paul Biedermann of Germany and Federica Pellegrini of Italy.Israel will send its biggest ever delegation to an international swimming event, with 46 Israelis to take part in the competition.The Israeli delegation is looking to extend its medal streak at the event after scaling the podium at least once in each of the past three editions.National team coach Leonid Kaufman believes six of Israel’s swimmers are capable of claiming a medal at Wingate, naming Amit Ivry, Andrea Murez, Gal Nevo, Guy Barnea, David Gamburg and Yakov Toumarkin as the prime candidates.Nevo is a six-time former medalist at the competition, while Barnea won a silver in 2012. No Israeli has ever won a gold medal at the championships.“Most of our team is under the age of 20 and this is their first time in the short course championships or in any senior event,” said Jonatan Kopelev, who won a gold medal in the 50-meter backstroke at the long course European Championships in 2012.“They are all really excited to compete. We have 10-12 more experienced swimmers and we are trying to manage their excitement and expectations. To see the pool in which we train every day look like this is really special.”