Amar’e Stoudemire decided not play for Hapoel Jerusalem next season. 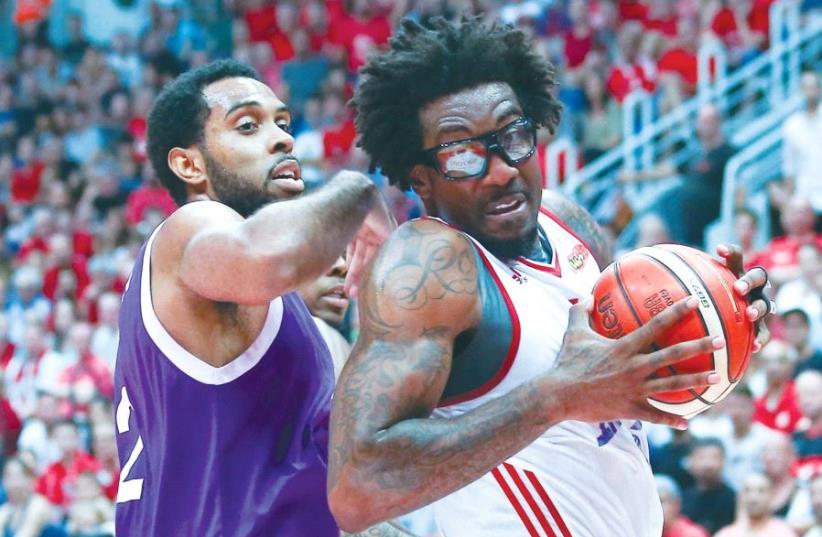 Hapoel Jerusalem center Amar’e Stoudemire (right) had seven points and five rebounds in his first game for the team in almost four weeks in Friday’s 84-75 win over Ironi Nahariya
(photo credit: DANNY MARON)
Advertisement
Hapoel Jerusalem will continue its pre-season training this week without five of its players who are part of the Israel national team, as well as Amar’e Stoudemire, who after several weeks of uncertainty announced that he will not be returning for another season.The 34-year-old was leaning towards playing another season in Jerusalem after winning the BSL title with Hapoel in June.But Jerusalem’s new coach Greek Fotis Katsikaris had other plans, bringing in center Alen Omic to backup Richard Howell and Austin Daye to share the power forward position with Lior Eliyahu. That left little room for Stoudemire and he decided he would rather return to being a part-owner of the club.


“Although I would have liked to return for another season, the team, coach and I could not find a role that I felt would allow me to meaningfully contribute in the way I have always been accustomed to play,” Stoudemire wrote on Instagram.“I feel it is my time now, to return to the shareholder’s position and help make this team even better. I would like to thank Hapoel Jerusalem president. Ori Allon, and the entire Hapoel Jerusalem organization for giving me the opportunity to retire as a champion and doing it in the holiest of cities made even more special. I wish my teammates, friends and fans another great season.”Jerusalem will play three tune-up games in Israel over the next couple of weeks before leaving for a 12-day camp in Spain. Yotam Halperin, Lior Eliyahu, Bar Timor, Yogev Ohayon and Howell will join the roster in Spain after Israel ends its participation in the EuroBasket tournament.