Israel invests in growth of tennis

Alona Pushkarevsky and Ram Kapach were chosen as the winners for their achievements on the court and conduct off it. 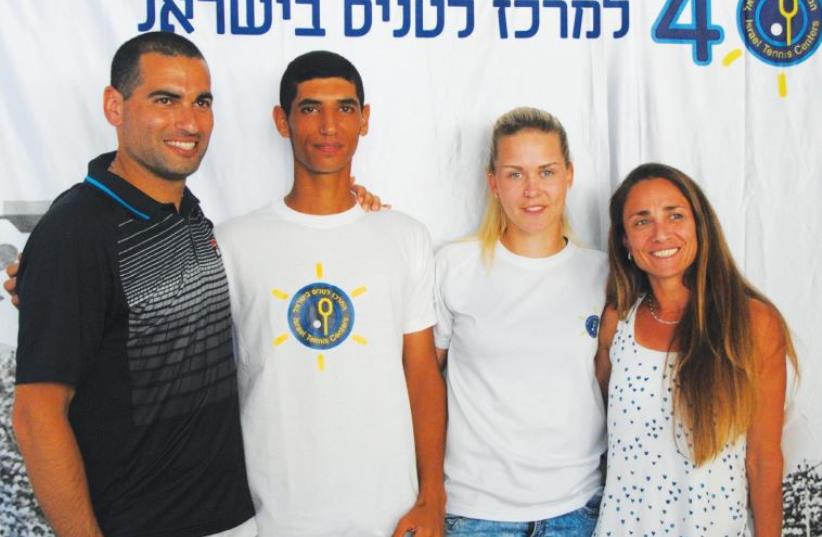 A pair of 19-year-olds – and Ram Kapach (second left) and Alona Pushkarevsky (second right) pictured with former players Anna Smashnova and Andy Ram
(photo credit: Courtesy)
Advertisement
A pair of 19-year-olds – and Ram Kapach and Alona Pushkarevsky – were announced last week as the first winners of The Michael and Anna Kahan scholarships, with each set to receive NIS 100,000 in support. Michael Kahan pledged last year a sum in the region of $700,000 to the Israel Tennis Centers to fund a program which will see two players, one boy and one girl, receive NIS 100,000 a year to help realize their tennis dreams. The scholarship will help pay for travel to tournaments abroad, equipment and to enhance their capacity to become professional tennis players. Pushkarevsky and Kapach were chosen as the winners for their achievements on the court and conduct off it. Both survivors of the Holocaust, originally from Hungary, the Kahans settled in Queens, New York, and worked in the garment industry. They have one son and a granddaughter and grandson, both of whom played college tennis in Division I in the United States. As ardent Zionists, the Kahans decided to donate their life savings to help Israel by strengthening Israeli tennis and by developing the next generation of Israeli champions to compete on the world stage and serve as ambassadors for the country. Founded in 1976, the Israel Tennis Centers is one of the largest social service organizations for children in Israel, serving over 20,000 Israeli children every year. The ITC’s 14 centers stretch from Kiryat Shmona in the North to Beersheba in the South.